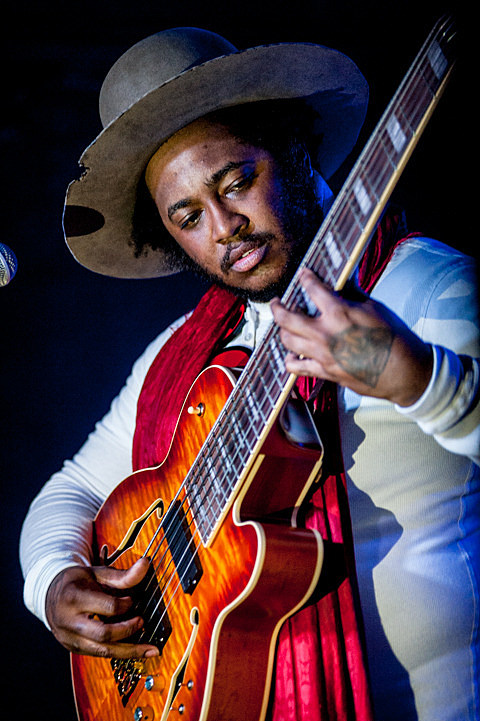 7Seconds, Bishops Green, Success @ Saint Vitus Bar
The past few decades of melodic punk as we know it probably couldn't exist if 7Seconds didn't help lay the groundwork with their mid-'80s albums. If you're a punk fan, this show's pretty tough to miss.

Ghost @ Rough Trade (acoustic)
Have you ever wanted to see a band of instrumentalists in ghoul costumes with a singer dressed as a satanic pope strip down their riffy occult-rock songs to an acoustic setting? Then you can't miss Ghost's acoustic in-store at Rough Trade today!

Jamie xx, Nocturnal Sunshine, Andhim, Matador @ Verboten (late)
Jamie already has two great albums out as a member of The xx, and this year he focused his talents on a solo album which is quickly getting as much love as his main band. He plays two NYC shows tonight, both of which have almost the same lineup. At the late one, Maya Jane Coles makes the US debut of her Nocturnal Sunshine project.

Colleen Green, Mannequin Pussy, Tweens, Larry and The Babes @ Palisades
Colleen Green's new album is her first with a full band, and it's a great record of lyrically honest poppy punk. Her current tour is also with a full band, and her tourmates are the likeminded Mannequin Pussy, who are also worth catching. This is the second of two NYC shows, and making it even better is this one includes garage pop band Tweens (who play their own NYC show tomorrow).

Graham Nash @ City Winery
In addition to being a member of The Hollies and one of folk rock's most famous supergroups ever, Graham Nash has a very worthy solo career, including the classic 1971 LP Songs for Beginners. You'll likely hear stuff from all three of those things and more tonight.

Jazmine Sullivan, Avery Wilson, Jordan Bratton @ Central Park SummerStage
It's been a good year for neo-soul for a lot of reasons, and one reason is the new Jazmine Sullivan album, Reality Show. She plays another NYC show in support of that tonight, and this one's totally free.

Dead Leaf Echo, Single Lash, Decorum, Future Museums @ Alphaville
Local shoegaze act are currently working on their new album with producer Jorge Elbrecht (who has sprinkled his magic on new records from Tamaryn and No Joy) and hopefully they'll play some of it tonight. Also on the bill: the two-bass-and-drums attack of Decorum (featuring Leif of Orca Team)

Billboard Hot 100 Music Festival @ Jones Beach
This may be largely a mainstream pop festival, but there's actually some stuff worth catching. Today has big names like Nicki Minaj and Skrillex, and some cool smaller stuff like iLoveMakonnen, Kiesza, Holy Ghost! and Main Attrakionz.

Laura Stevenson, Leah Wellbaum of Slothrust, Prince Daddy and The Hyena @ Riis Park Beach Bazaar
It's another afternoon of music on the beach, this time headlined by Don Giovanni-signed singer/songwriter Laura Stevenson.