photo: Protomartyr at The Wick in March (more by Amanda Hatfield) 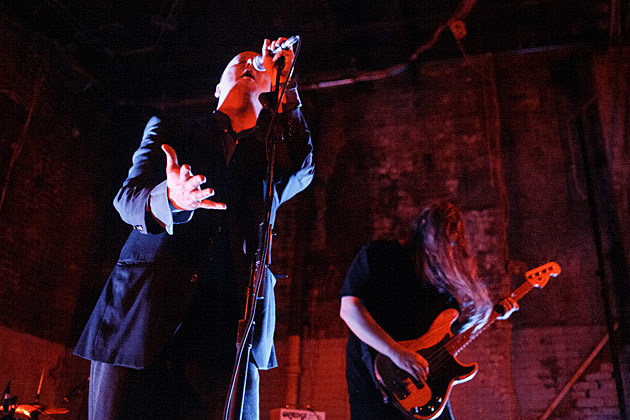 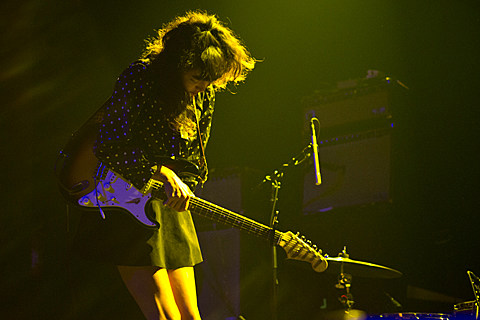 Royal Headache, Sheer Mag, Flowers of Evil @ Palisades
With a terrific new album, High, just out, Australia's Royal Headache in town for three sold-out Brooklyn shows with Sheer Mag. Both bands raise a ruckus, and as this is the only all-ages show of the three, expect this one to be the wildest and sweatiest. Flowers of Evil, featuring members of Crocodiles and A Place to Bury Strangers, are worth getting their early for.

Special guest, Protomartyr, Deradoorian @ Villain
Pitchfork is presenting this free show at this Williamsburg mixed-use spot. (RSVP if you haven't already.) Deradoorian's strange, alluring new LP just came out, and Protomartyr's great third album is due next month. Even without a "special guest" headliner (any guesses?), this show seems worth hitting. Doors at 7 PM, Deradoorian plays at 8, Protomartyr is at 9, and mystery guest is at 10 PM.

La Luz, EZTV, Scully @ Bowery Ballroom
Keeping the surf rock flame afloat (there's a mixed metaphor), Seattle's La Luz mix pop smarts and twang, and are one of the most fun live bands around. (Their new Ty Segall-produced album is great too.) Get there early for tourmates Scully.

Steve Gunn, Spacin' @ Union Pool (Summer Thunder)
It's the final Summer Thunder of the year at Union Pool and they're going out with Kurt Vile associate and new Matador signee Steve Gunn. It's free and starts at 2 PM.

Pop. 1280, Mansion, Pill, Conduit @ Shea Stadium
Fans of clanging, shriiiinging, and skronking will want to check out this show featuring four bands who work that sound of post punk songs. Of special note: Oakland, CA's Mansion who definitely go "shriiiiing" a lot. Check out their 2014 self-titled EP below.

Solvey, Vomitface, Mazed @ Alphaville
Having made music with her sister Cristi Jo as Zambri since 2008, Jessica Zambri is currently focusing on her solo project, Solvey, just released her debut -- a terrific pop album that clearly is rooted in the mid-'00s Brooklyn indie explosion but sounds very now. Tonight's the record release party.

Ronnie Stone and The Lonely Riders @ Baby's All Right
How serious you take Ronnie Stone & the Lonely Riders is up to you but his intentionally kitschy, '80s-in-a-blender shtick (somewhere between Bruce Springsteen and Prefab Sprout) is not without craft, even if it is a big joke. This is the release party for their debut album, Møtorcycle Yearbook, which you can stream below.

King Raam, Smoke Season @ Mercury Lounge
You may remember Raam from his band Hypernova who played shows with fellow Iranian band Yellow Dogs. After living in New York, LA and London, Raam is now pursuing a solo career under the name King Raam back in his homeland. He's currently on tour supporting new album, A Day & A Year.