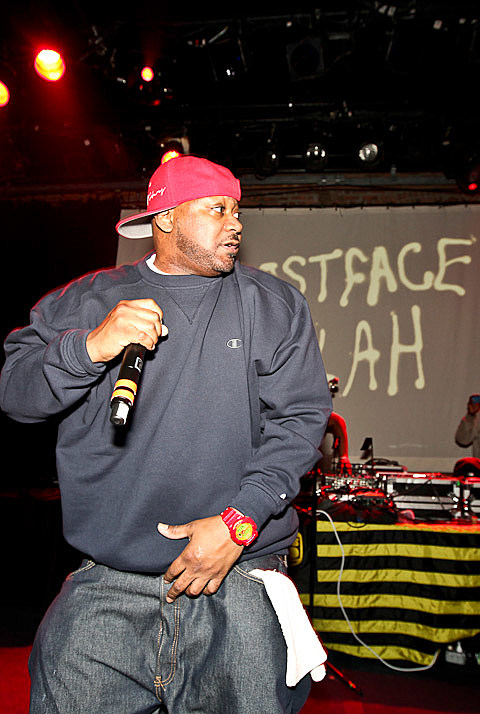 Ghostface Killah & GZA, Joey Bada$$, DJ Envy @ House of Vans
Wu-Tang members Ghostface Killah and GZA are headlining this free show with a collaborative set, and opening is a much newer New York rapper who owes much to the era Wu came from, Joey Bada$$. Great double bill.

Widowspeak, John Andrews & The Yawns @ Rocks Off Concert Cruise
Widowspeak's new album, All Yours, is out this week and while they haven't thrown out the applecart, they have given it a fresh coat of paint (and a cup of coffee), tinkering just a bit with their sound. Working with producer Jarvis Taveniere (who also played bass), there's more spring in their step this time, but without sacrificing that tremelo'd, dreamlike vibe they're known for. They celebrate All Yours' release tonight...on a boat!

Old Man Gloom, Mare @ Saint Vitus
Old Man Gloom have members of Converge, Cave In and Isis, and they're riding high off last year's The Ape of God which was one of the better metal albums of 2014. They're on tour with the reunited sludge band Mare, and tonight begins their sold-out 2-night stay at Saint Vitus.

Have Gun Will Travel, Garrett Klahn (Texas Is The Reason), Nathan Xander @ Cameo Gallery
Texas Is the Reason are unfortunately no longer reunited, but frontman Garrett Klahn is staying active as a solo artist. Tonight concludes his 2-night NYC run opening for Florida's Have Gun, Will Travel.

Dope Body, PC Worship, Pill, Big Neck Police, Pretengineer @ Aviv
Baltimore noisepunks Dope Body have a new album, Kunk, and play this dual-purpose show tonight that serves both as a record release party and a warm-up for their impending European tour. It's a sold bill all-around with great local bands like PC Worship and Pill.

Guerilla Toss, Dead Tenants, Kill Alters, Ani @ Palisades
Boston's Guerilla Toss are DIY scene mainstays but will likely reach a little wider audience now that they're signed to DFA who will release an EP this fall. Their spazzy anachro-funk is till best experienced live, and in sweaty dark venues like this.