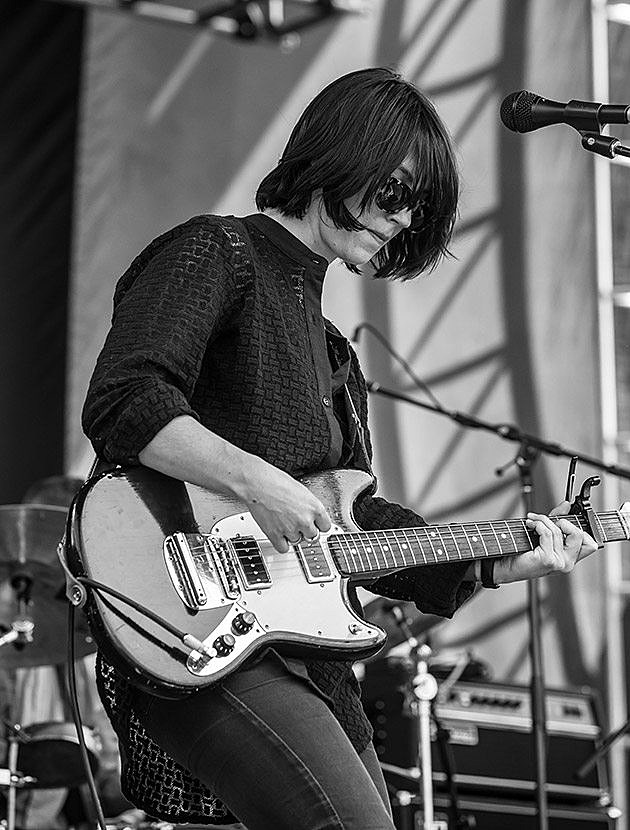 Heartless Bastards, Alberta Cross @ Music Hall of Williamsburg
Bluesy garage rockers Heartless Bastards were already here in June around the time their new album Restless Ones came out on Partisan, and tonight they return to celebrate it once again.

Locrian, Insect Ark, Codas @ Saint Vitus
Locrian's new album Infinite Dissolution is one of the most widely-appealing heavy albums of the year. It's got elements of black metal, drone, post-rock and more, and really fans of any type of non-commercial rock music will probably dig this.

Angel Haze @ Baby's All Right
From the sounds of its early singles, Angel Haze's new mixtape Back To The Woods is getting her back to the raw sound we fell in love with, before the poppier Dirty Gold. She celebrates it with a sold-out release show tonight.

Duran Duran @ Terminal 5
Yes, they have a guest-filled new album, Paper Gods, that just came out but let's face it the newest song most people want to hear from Duran Duran is "Ordinary World" with the biggest excitement reserved for mid-'80s MTV hits like "Planet Earth," "Rio," "Hungry Like the Wolf" and "Save a Prayer."

Gary Lucas & Gods and Monsters @ Joe's Pub
Guitar legend Gary Lucas has played with everyone from Jeff Buckley to Captain Beefhart. Tonight he and the band play a special warm-up show for their upcoming Australian tour of "A State of Grace: The Music of Tim and Jeff Buckley."

Seth Herzog's 'sweet' 11-Year Anniversary Show @ The Studio at Webster Hall
For this special 11th anniversary edition of his comedy show 'Sweet,' Seth Herzog is moving things from the Slipper Room to the bigger digs of Webster Hall. Guests include David Cross, Hasan Minhaj and probably a few surprises.

Wayne McGregor, Olafur Eliasson, Jamie xx @ Park Avenue Armory
Choreographer Wayne McGregor and visual artist Olafur Eliasson have a new ballet called Tree of Codes and the music for it was done by Jamie xx, who's having an incredible year thanks to his very well-received new album In Colour. The ballet runs from September 14-21.