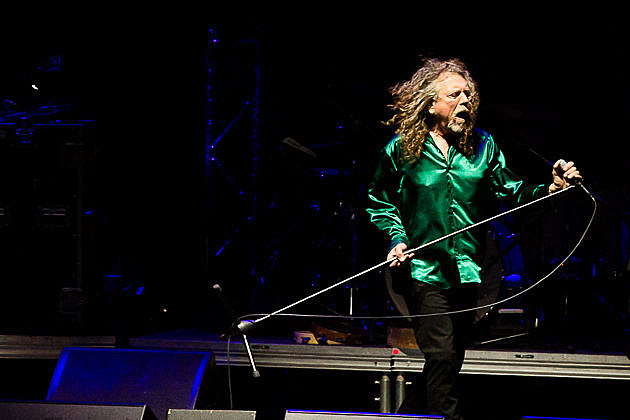 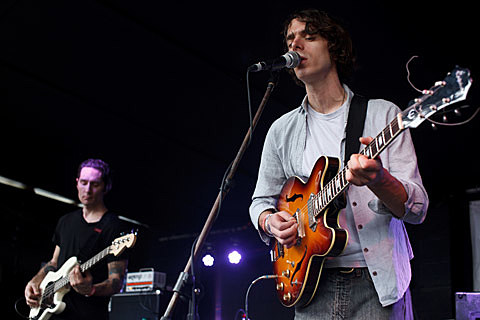 Robert Plant and the Sensational Space Shifters @ Hammerstein Ballroom
Robert Plant still has all the charisma and (most of) the vocal strength that made him a star four decades ago, and his current band (featuring members of Massive Attack and Portishead) help keep his music sounding modern. Their new stuff is pretty great, and of course you'll hear some Zeppelin tonight too.

How To Dress Well, Ben Zimmerman @ Baby's All Right
How To Dress Well transitioned from hazily fucking with R&B's formula to belting out earnest art pop, and no matter what mode he's in it's good. He's not supporting a new album at the moment, just playing a few shows, and this one is sold out.

Rancid, H2O, The Interrupters @ Terminal 5
Punk and sometimes-ska institution Rancid never really put out a bad album, but their third LP ...And Out Come the Wolves was when it really all came together better than ever before or after. That album turned 20 this year and they've played it in full at a few festivals. It's not 100% clear if that's what they're doing tonight, but it at least seems likely that we'll hear a lot of it. New York vets H2O and new-ish ska-punk band The Interrupters (whose album Tim Armstrong had a hand in) open. Sold out.

Ultimate Painting, Pale Lights, WALL @ Rough Trade
While the paint, ultimately, is still wet on the band's new terrific second album, Green Lanes, the UK duo of Jack Cooper (Mazes) and James Haore (Veronica Falls) may have taken Ultimate Painting from side project to main attraction. If you like VU/Dead-style guitar interplay and sunny '60s melodies, get thee to this show.

Cold Beat, Big Eyes, Decorum @ Union Pool
With Grass Widow on hold or something, Hannah Lew started Cold Beat, drawing on a variety of early-'80s postpunk influences. With a solid, ripping lineup the band just released their awesome second album, Into the Air. This is their first of four NYC shows this weekend, and includes hella tight punks Big Eyes and Decorum which features ex-Orca Team guy Leif Anders.

Of Montreal, Surface to Air Missive @ Music Hall of Williamsburg
Long-running makers of avant-garde pop, Of Montreal are still touring this year's quite good Aureate Gloom.

Quintron (Weather Warlock), Ice Balloons @ Secret Project Robot
This is one of Quintron's "Weather Warlock" shows; a full band but based around his homemade synthesizer that is modulated, in part by atmospheric conditions: heat, cold, humidity...beer. They play right before sunset at 6:45 PM, followed by a set from Kyp Malone's band Ice Balloons. Quintron always brings the party.

Eugene Mirman Comedy Festival
Started basically as a dare, the Eugene Mirman Comedy Festival has grown into a much-anticipated event. Tonight's Bell House show, "An Evening of Entertainment from People with Black Glasses" (aka John Hodgman, Ira Glass, Janeane Garofalo, and more) is sold out, though tickets may be available when doors open. Meanwhile, Union Hall hosts "Comics We Think Ruth Bader Ginsburg Would Enjoy" with a seriously great lineup of Kate Berlant, Aparna Nancherla, Michelle Wolf, Maeve Higgins, Mehran Khaghani, and more. That one's not sold out as of this posting, but it will be.

Midday Veil, Ancient Ocean, Zzones @ Trans-Pecos
Seattle's Midday Veil have been around since the late-'00s, having transformed from more experimental beginnings into a fully-formed synth-psych being that incorporates elements of krautrock, electro-disco and baroque pop. Their new album, The Wilderness, just came out via venerable psych label Beyond Beyond is Beyond.

'Nufonia Must Fall' featuring Kid Koala, The Afiara Quartet @ BAM
With help from a team of puppeteers and the design team behind Her and Lost in Translation, Kid Koala adapts his own 2003 graphic novel Nufonia Must Fall as a live stage silent film. Part of BAM's Next Wave Fest.

The Fratellis @ Webster Hall
Best known for their 2007 song "Flathead" that was in a prominent iPod commercial (remember those?), Scottish band The Fratellis are still going eight years later and just released their fourth album, Eyes Wide, Tongue Tied.

Holly Miranda, Ambrosia Parsley @ Mercury Lounge
Holly Miranda's second album came out back in June, featuring more of her ethereal style and heavenly voice. This is the second of two nights at Mercury Lounge.

Helmet @ Revolution Bar
Alt-metal boundary pushers Helmet have been playing their 1994 album Betty in full on tour. They already hit NYC three times this year, and this leg of the tour has them nearby for this Long Island show.