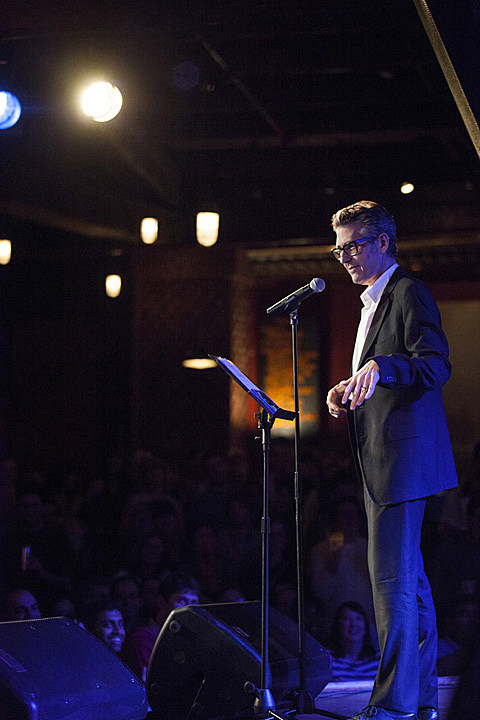 Fishbone @ Brooklyn Bowl (day & night shows)
The long-running genre benders Fishbone blend ska, punk, funk, metal and more into a sound that's entirely their own. They play two shows today, an all ages 2 PM show and then a night show.

Glasser, Monogold, Michael Beharie @ Brooklyn Flea
Fishbone isn't your only all ages daytime option today. You can also see art popster Glasser during the day at the Brooklyn Flea, and this one is free.

Martin Rev, One Prayer One Sin, Mystic Ruler, Courtship Ritual @ Saint Vitus
The influence of Suicide, and Martin Rev's innovative use of synthesizers, on the current state of indie/punk/synthpop/alternative/etc can hardly be overstated. Rev plays tonight with some of his sonic progeny.

Cold Beat @ Other Music
With Grass Widow on hold or something, Hannah Lew started Cold Beat, drawing on a variety of early-'80s postpunk influences. With a solid, ripping lineup the band just released their awesome second album, Into the Air. This is a free in-store, 7 PM.

Cold Beat, Heaven's Gate, Honey @ Silent Barn
You can also catch Cold Beat later tonight, the last of their four NYC shows this weekend, along with the hazy rock of Heaven's gate and the MC5-ish Honey. That's a good line-up!

The Feelies, Alex Bleeker & The Freaks @ Storm King Art Center
One of Hoboken's finest, an endlessly influential band whose sound -- stemming from Velvet Underground and Modern Lovers -- is timeless. While their nervy debut album gets the most attention, their gentle second album The Good Earth is not too far off from the good vibe music of Alex Bleeker & the Freaks. This show is free with Storm King park admission. A nice day trip for those inclined.

James Chance & The Contortions, Ex-Models, Dreamcrusher, Dutch E Germ (DJ Set) @ Trans-Pecos
This is part of a series of Sunday afternoon shows at Trans-Pecos (who have a lovely backyard, if you've never been) and today features no-wave legend James Chance & the Controtions as well as some simlarly skronky acts as well. 1 PM start.

Greg Graffin (of Bad Religion) @ Gramercy Theatre
Bad Religion frontman Greg Graffin has been going strong for over 30 years, and right now he's focusing on his new book, Population Wars. He accompanied the book's release with a 7" of acoustic songs, and he'll be performing solo tonight.