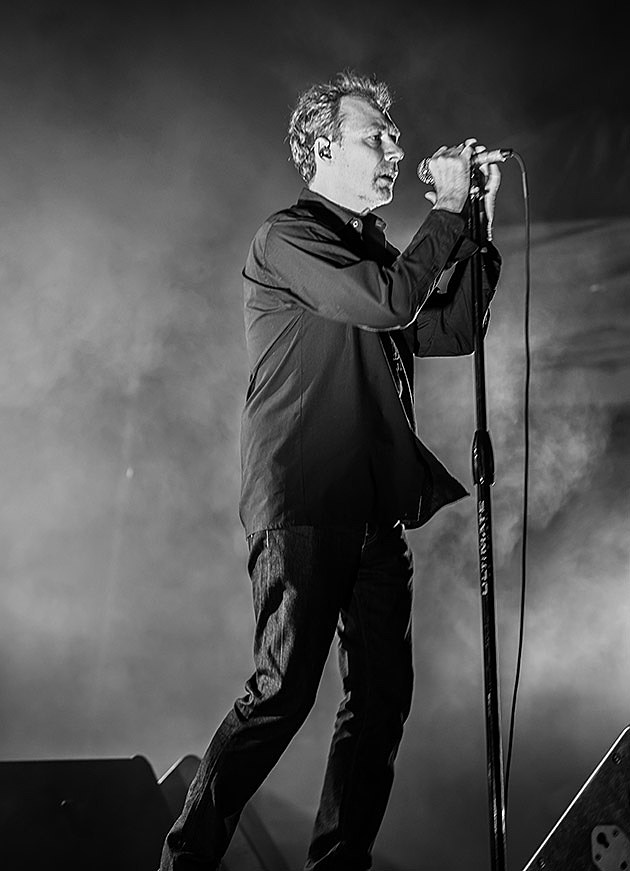 New Order listening party @ Donna
Get an advance taste of New Order's first new album in ten years (and first with Gillian Gilbert in 14 years) at this free listening party. You can also get a taste of some New Order-themed cocktails and buy the vinyl early. 9 PM.

Low, Andy Shauf @ Music Hall of Williamsburg
Slowcore/indie vets Low have been consistently great for over two decades, and this year's Ones and Sixes on Sub Pop fits right in with the rest of their quality material. It's worth catching opener Andy Shauf, who makes somber folk music that should pair well with Low.

The Decemberists, Lucius @ The Capitol Theatre
The Decemberists have both a new album and a new EP out this year. The new stuff's a bit more straightforward than their prime-era material, but we'll probably hear some old favorites tonight too.

Spaceface, Corbu @ Cake Shop
When not playing  in the touring band of Flaming Lips, Jake Ingalls fronts his own psych-rock band Spaceface who aren't entirely disimilar to what Wayne Coyne and co do.

TEEN, White Bike, Luke Temple, Prince Rama (DJ set), Xander Duell @ Elvis Guesthouse
This is the record release show for Xander Duell (aka Alexander McMahon of Inouk) but is a pretty stacked lineup with performances by TEEN and Here We Go Magic's Luke Temple, all in Baby's tiny performance area/dancefloor.

Severed Heads, StatiqBloom @ Rough Trade
Formed in 1979, Australia's Severed Heads began as tape loop manipulators not unlike Cabaret Voltaire but, by the late '80s, pop melodies became a major part of their sound and singles "Greater Reward" and "All Saints Day" were hits on College Radio and in alternative dance clubs. This is their first NYC show in 25 years.

Mass Gothic, Philosophical Zombie @ The Gutter
Noel Heroux of Hooray for Earth has discontinued the use of that band and has signed to Sub Pop as Mass Gothic. What's it all about? Go to the show!

Of Monsters and Men, Highasakite @ Kings Theatre
Iceland's masters of sweeping "whoa-oh" style folk pop play their second of three Beacon shows tonight. If you're going, Norway's Highasakite are worth showing up early.