photo: The Decemberists at Governors Ball 2015 (more by PSquared) 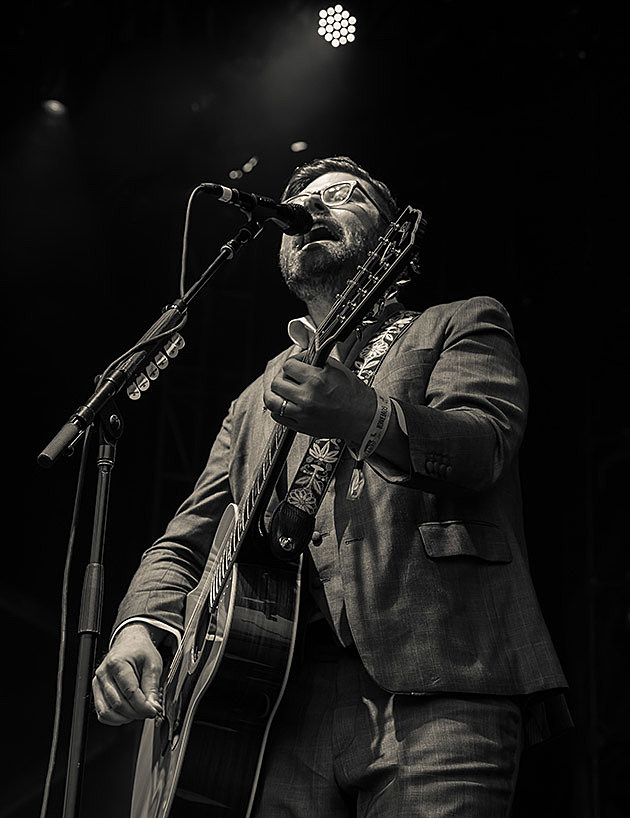 The Decemberists, Lucius @ Radio City
The Decemberists have both a new album and a new EP out this year. The new stuff's a bit more straightforward than their prime-era material, but we'll probably hear some old favorites tonight too.

Bob Mould, Jason Narducy @ City Winery
On his current "Works in Progress" acoustic tour, Bob will be trying out now material and playing some favorites, too. Narducy, who plays in his electric band, will open the show.

CocoRosie, A Tribe Called Red @ Webster Hall
CocoRosie returned this month with their sixth album, Heartache City, and it has them sounding as singular and eccentric as ever.

The Internet, Moonchild, St. Beauty @ Highline Ballroom
Odd Future's The Internet offer up some high quality neo-soul on this year's Ego Death. They celebrated it with some relatively intimate shows around its release, and tonight they play the larger Highline Ballroom.

Cavity, Genocide Pact, Sunrot @ Saint Vitus
Cavity once included current Floor/Torche members Steve Brooks and Juan Montoya (though it no longer does), and were churning out a similar kind of sludge metal back in the '90s. They haven't played the East Coast in over a decade, but that will change tonight.

Spirit Family Reunion, The Love Supreme, The Horse-Eyed Men, Big Kitty @ Union Pool
Spirit Family Reunion finish up their two-day Harvest Festival featuring "some of our favorite acts, both local and cosmic, we've encountered over the years ranging from avant country to North African dance music. Each night will start out with solo performers and culminate with a full band dance party after we play."

David Cross, Astronautalis, Josh Gondelman, Joe Berkowitz, Jo Firestone, Chris Rose (host) @ Livestream Public
This is part of the "Late Night Basement" series, with a pretty great lineup of guests. The first 40 people to arrive get a choice of Josh Gondelman & Joe Berkowitz's upcoming book, "You Blew It!" or a nice cold can of Narragansett.

Marty Willson-Piper, Ryan Martin Steve Shiffman's Land Of No @ Fulton Stall Market
He's not currently in The Church, but Marty Willson-Piper  is in NYC and playing this free show tonight at this Seaport multi-use space.

Dances, Friend Roulette, Zula, Haybaby @ Baby's All Right
This is the release show for Dances' new album, which skirts the line between garage rock and power pop. It's a cool local bill all around, with chamber pop band Friend Roulette, psych-popsters Zula, and grungy indie rockers Haybaby.

Jose James (Billie Holiday tribue) @ Blue Note
Billie Holiday would have turned 100 this year. In addition to being an inspiration for the new Lana Del Rey album and the first artist to "play" The Apollo's upcoming hologram concert series, neo-soul singer Jose James will perform her music at a series of shows at the Blue Note this week. 8 and 10:30 PM sets every night through Sunday.

The Suffers, Bhi Bhiman @ Mercury Lounge
Lovers of vintage soul will want to check out Houston's The Suffers, who raise the roof (and the temperature) at their energetic live shows.