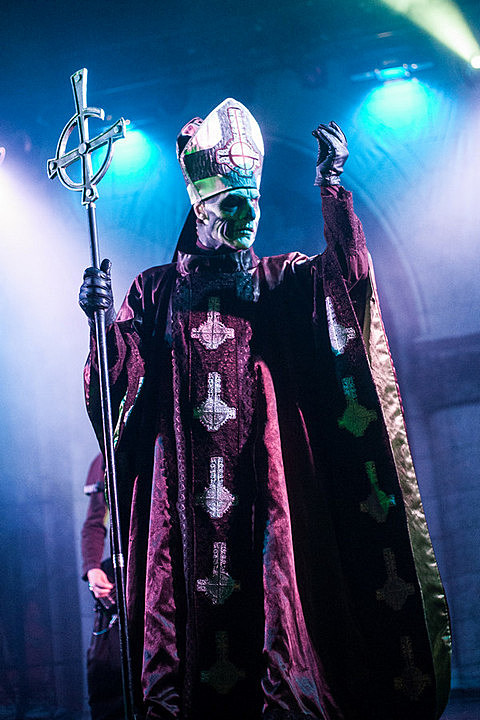 Ghost, Purson @ Terminal 5
Ghost's third album Meliora is out now and it does what they do best -- poppy, riffy rock that's obsessed with the occult. Their theatrical live show is really where it's at though, and you can see that tonight.

Nap Eyes, Tall Juan, DFONTE @ Cake Shop
Nap Eyes, who sound a bit like The Clean or The Modern Lovers or another Lou Reed descendent of your choice, play again tonight.

Giggly Boys, Past Life, Naked Heroes, Wild Yaks @ Rippers
While out in the Rockaways you can pretend it's still summer at Ripper's with this rambunctious lineup.

Abigail Williams, Today is the Day, Trenchfoot, Throaat @ Bowery Electric
Black metallers Abigail Williams and noisecore greats Today Is The Day are on the road together, and tonight they hit NYC with quality local support.

Arto Lindsay, Zs, Miho Hatori, Mayo Yamaguchi, Tygapaw @ Trans-Pecos
This is the last of Trans-Pecos Sundays in September afternoon series and they have put together another killer lineup of NYC art rock types, headlined today by No Wave great Arto Lindsay.