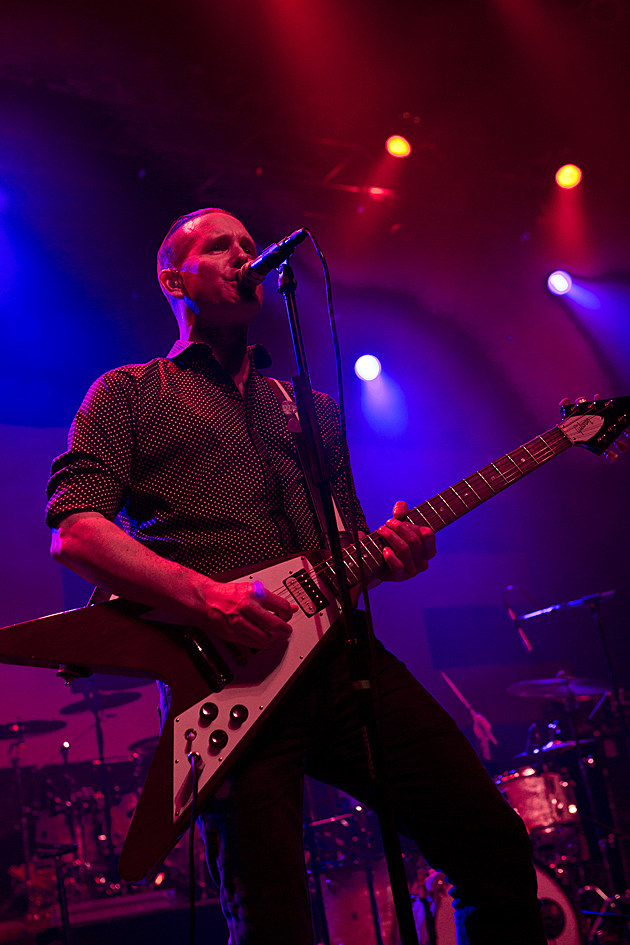 Brooklyn Flea Record Fair @ Smorgasburg
The bi-annual vinyl extravaganza is back with tables from labels, some of your favorite local record stores, and used vendors. There's also Minimal Wave cupcakes and a host of DJs -- members of Small Black, Yumi Zouma and Lemonade among them -- and tons and tons of records.

Bob Mould, Jason Narducy @ City Winery
On his current "Works in Progress" acoustic tour, Bob will be trying out now material and playing some favorites, too. Narducy, who plays in his electric band, will open the show.

FIDLAR, Dune Rats @ Webster Hall
With loads of songs about partying and a hyperactive garagepunk sound, FIDLAR shows tend to be pretty wild. If you're going, do check out Australia's Dune Rats.

Good Riddance, Off With Their Heads, Iron Chic @ Marlin Room at Webster Hall
'90s-era melodic hardcore band Good Riddance returned this year with a new album, and it has them sounding at least as good as ever. With support from two solid newer bands in a similar realm, tonight's show should be fun.

D.O.A., In The Whale, Gotham City Mashers, Sickwalt, DJ Sid Da Kid @ Bowery Electric
Punk/hardcore as we know it wouldn't exist without bands like D.O.A. and their peers, so it's a pretty amazing thing that those guys are still at it. They have a new album too.

Ash, Glint @ Gramercy Theatre
Irish trio Ash started as teens in the '90s and became genuine stars in the UK thanks to a string of punky, pop singles like "Girl From Mars," "Goldfinger" and "Oh Yeah." Nearing their 40s, they just released their first album in eight years, Kablammo!, which is pretty damn good.

The Suffers, Kahli Abdu, VHS, Safari, Lili K @ Rough Trade
Lovers of vintage soul will want to check out Houston's The Suffers, who raise the roof (and the temperature) at their energetic live shows.

Laurel Halo, VIA APP, Malory @ Trans-Pecos
Laurel Halo has a new album on the way, and the two singles we've heard from it are more up her heady electronic alley than the art pop of 2012's underrated Quarantine. Maybe we'll hear more new stuff tonight.

The Arcs, Mariachi Flor de Toloache, Edan (DJ set) @ Bowery Ballroom
In addition to fronting the Black Keys, Dan Auerbach now also fronts The Arcs (which also includes Richard Swift) and it looks like they're quickly catching on. They have a big Terminal 5 show in December, but first they play the much smaller Bowery Ballroom tonight. Sold out.

Kid Congo, Andy Animal & The Werewolves of Woodstock, The Sleepies @ Littlefield
Littlefield's "Motorcycle Film Festival" wraps up with this sure-to-be-fun closing party featuring Kid Congo Powers who has played in The Gun Club, The Cramps and Nick Cave & the Bad Seeds -- an impressive enough CV to just rest on your laurels -- and is still making cool new music.

Lame Drivers, I'm Turning Into, Memorial Gore, B Boys @ Max Cellar
Lame Drivers have been a constant presence on the Brooklyn indie/DIY scene for while, and have released a number of 7"s, tapes and splits in that time, but just now are releasing their debut album, Chosen Era that's nervy, passionate, and full of very catchy songs.

Brian Reagan @ Radio City Music Hall
Veteran standup comedian Brian Regan will crack folks up in one of NYC's toniest rooms. If you can't make it to the show, it's being broadcast live on Comedy Central at 9 PM.