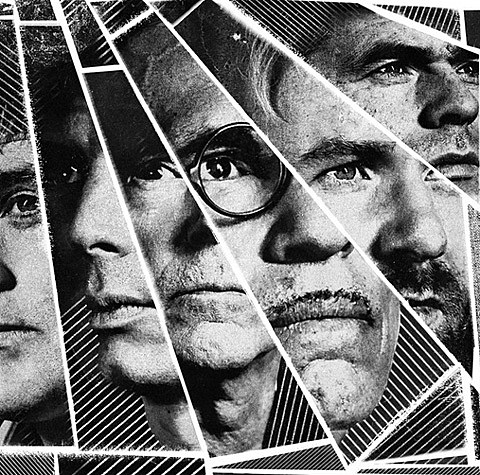 FFS (Franz Ferdinand + Sparks), The Intelligence @ Terminal 5
Sparks and Franz Ferdinand proved to be two great tastes that taste great together on their collaborative FFS album. This tour should prove even moreso, with hits sets from both bands as well as FFS songs. Making the night even better: brainy garage wiseacres The Intelligence open.

Steely Dan @ Beacon Theatre
Steely Dan are back for another multi-night run at Beacon Theatre and each night is a different theme. For the first night, you get Aja in full, plus a second set of hits.

Tame Impala, LA Priest @ Radio City Music Hall
For Tame Impala's third album Currents, Kevin Parker went heavier on the synths and offered up some of his best psych-pop songwriting yet. Tonight's the first of two sold-out NYC shows, both with LA Priest, the funky new project of former Late of the Pier frontman Sam Dust.

Kurt Vile and the Violators, Waxahatchee, Luke Roberts @ Webster Hall
Kurt Vile returned this year with b'lieve i'm goin down.... It's got plenty of the guitar heroics and clever lyrics we've come to expect from KV, but also new ground is explored including a heavy usage of piano. He's always great live, and these shows should be no exception. Waxahatchee is also supporting a new album, Ivy Tripp, her biggest-sounding record to date (and the current live band is her best yet).

Wavves, Twin Peaks, Steep Leans @ Irving Plaza
Wavves' new album is their most polished yet and their most dedicated to straight-up rockers the whole time. They're an even bigger blast live, and the openers tonight are well-matched. Second of two NYC shows.

Pentagram, Electric Citizen, Satan's Satyrs @ Saint Vitus Bar
Stoner/doom metal as we know it probably wouldn't exist without the influence of Pentagram, so it's exciting that they still tour and put out records. Tonight's their second of two Saint Vitus shows, in support of the new Curious Volume LP.

Stars, Geographer @ Music Hall of Williamsburg
Stars' recent albums haven't been the most exciting, but there's no denying the power of Set Yourself on Fire and those other earlier records. They begin a two-night run in NYC tonight.

Homeshake, Jerry Paper @ Baby's All Right
Peter Sagar, who used to play guitar for Mac DeMarco, has his own band Homeshake. The apple doesn't fall too far from the tree, as you can tell on their new album, Midnight Snack.

Four Year Strong, Defeater, Superheaven, My Iron Lung @ Gramercy Theatre
We're not so into the headliner of this show, but we are excited about melodic hardcore band Defeater and the grungy Superheaven, who make for a great pairing on their own.

'All for the Hall' w/ Paul Simon, Emmylou Harris & more @ Best Buy Theater
This is a fundraiser for the Country Music Hall of Fame and Museum, with tickets starting at $100. Legendary songwriters Paul Simon and Emmylou Harris are on the bill, and they join veteran artist Vince Gill and modern-day Top 40 singers Carrie Underwood and Brad Paisley.

Cake Shop Comedy @ Cake Shop
If you miss Big Terrific and Hannibal Buress' Sunday night show at Knit, and are looking for a new free, weekly comedy show that happens in a rock club and sometimes has big name talent stop by unexpectedly, "Cake Shop Comedy" might do the trick. (Aziz Ansari and Louis CK have both stopped by in recent weeks.) 8 PM.