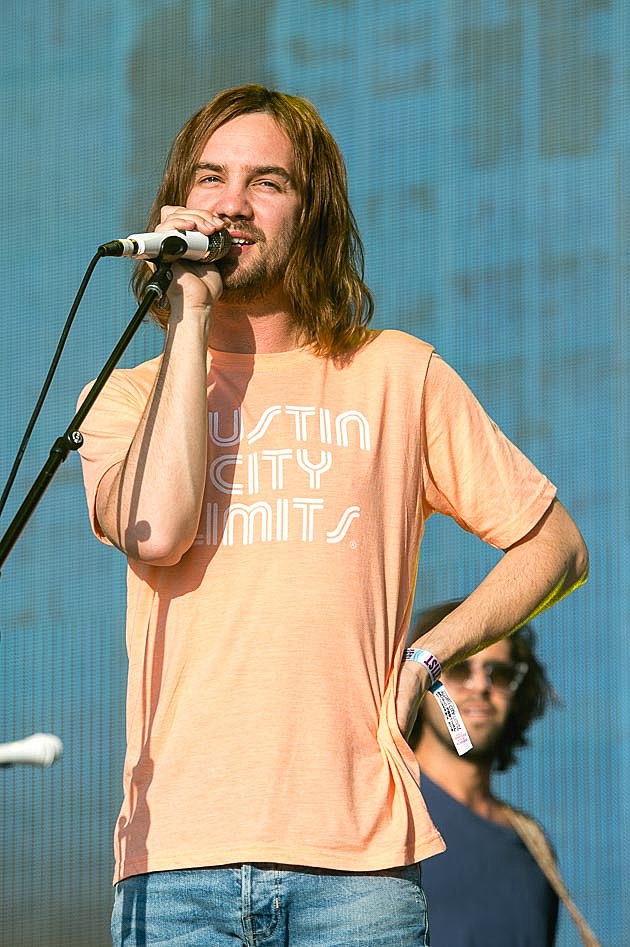 Tame Impala, LA Priest @ Terminal 5
For Tame Impala's third album Currents, Kevin Parker went heavier on the synths and offered up some of his best psych-pop songwriting yet. Tonight's the second of two sold-out NYC shows, both with LA Priest, the funky new project of former Late of the Pier frontman Sam Dust.

The War on Drugs @ Music Hall of Williamsburg
The War on Drugs are still riding high off last year's Lost in the Dream, a slightly psychedelic take on '80s heartland rock that was successful enough to earn them a major label deal for its followup. Tomorrow they headline the huge Radio City Music Hall, but tonight they're at the much smaller Music Hall of Williamsburg (for Jukely members only).

Kurt Vile and the Violators, Waxahatchee, Luke Roberts @ Webster Hall
Kurt Vile returned this year with b'lieve i'm goin down.... It's got plenty of the guitar heroics and clever lyrics we've come to expect from KV, but also new ground is explored including a heavy usage of piano. He's always great live, and these shows should be no exception. Waxahatchee is also supporting a new album, Ivy Tripp, her biggest-sounding record to date (and the current live band is her best yet). Night 2 of 2.

Luna, Diane Coffee @ Bowery Ballroom
Reforming after 10 years off, Luna's VU/Dead-style strum ages extremely well -- they sounded great at Northside this summer. This is their first of three NYC shows this week.

Steely Dan @ Beacon Theatre
Steely Dan are back for another multi-night run at Beacon Theatre and each night is a different theme. No whole album tonight, merely "greatest hits."

The Field, Heathered Pearls @ Baby's All Right
Stockholm-born, Over in the States for Miami's III Points Fest, Berlin-based electronic guru The Field (a.k.a. Axel Willner) plays this sold-out show tonight.

Mirah, Curt Sydnor @ C'mon Everybody
Contemporary composer Curt Sydnor celebrates his multimedia project Materials and their Destiny in NYC tonight, and the great singer/songwriter Mirah is on board too.

Arkells, Yukon Blonde @ Knitting Factory Brooklyn
Toronto band Arkells make poppy heartland rock like they did in the '80s, as can be heard on 2014's High Noon (though their 2008 debut, Jackson Square, remains their best effort).

Crazy and The Brains, Bike Cops, SHRB @ Cake Shop
Crazy & the Brains inject classic-style punk with a heavy dose of xylophone playing. It works really well, but you have to see it to believe it. Do that tonight.

"You're the Expert" w/ Chris Duffy, Jo Firestone, Scott Adsit @ The Bell House
This is a NY Super Week edition of WNYC's gameshow, this time with Jo Firestone (no stranger to gameshows herself), 30 Rock's Scott Adsit and host Chris Duffy.