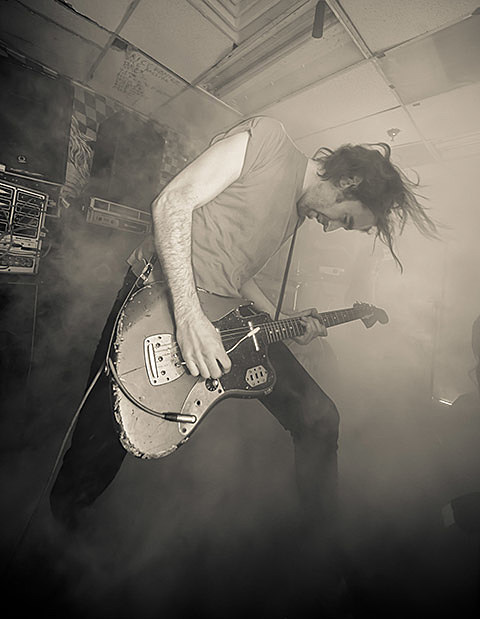 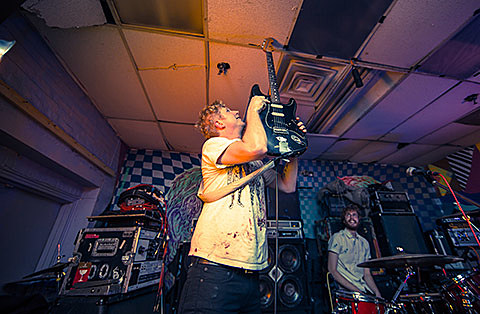 Lilys, LightHeat @ Baby's All Right
Kurt Heasley brings his Lilys moniker out of retirement for two shows this weekend that will highlight the band's early '90s shoegaze years. Under musical direction from Don Devore, the band includes members of Ducktails, MGMT, Sea & Cake and more. Tonight's show is sold out but Sunday's is not.

Teen Daze, Heavenly Beat, Mister Lies @ Baby's All Right
British Columbia's Teen Daze has come along way since the chillwave days of so long ago (2010). His new album, Morning World (his first in three years), was made with producer John Vanderslice in less than two weeks with nary a synthesizer in earshot. Still blissful, but definitely a different approach. Tonight's with Brooklyn's Heavenly Beat and Chicago's Mister Lies.

The Growlers, Babe Rainbow @ Irving Plaza
Party rockers The Growlers released Chinese Fountain last year which found the band in a laid-back mood, drawing inspiration from twangy early-'60s rock, with a few danceable numbers in there as well.

The Zombies @ Society for Ethical Culture
Colin Blunstone and Rod Argent have had a version of The Zombies going for years now, but for this tour they're reunited with fellow original members Chris White and Hugh Grundy and playing their 1968 classic Odessey and Oracle in full. It's this lineup's first tour in five decades, and the band has never played the album front to back in the US with any lineup. Needless to say, this will be a special night.

The March Violets @ Mercury Lounge
Their 1984 single "Snake Dance" is a goth night staple, goth vets March Violets -- still fronted by Tom Ashton -- are over supporting their 2014 album, Made Glorious, which is actually their first-ever studio LP.

Luna, EZTV @ Music Hall of Williamsburg
Reforming after 10 years off, Luna's VU/Dead-style strum ages extremely well -- they sounded great at Northside this summer. This is the last of three NYC shows this week and they're well-matched with new band EZTV.

Javelin, Guerilla Toss, Zula @ Palisades
It's a night of off-kilter dance music with Luaka Bop signees Javelin and Guerilla Toss who are new to the DFA stable.

'Blade Rave' w/ The Crystal Method, Pictureplane, A Place Both Wonderful and Strange @ Terminal 5
Part of the NY Comic Con/Super Week, the same folks who turned Rough Trade into Empire Records are turning T5 into the rave from the Blade's opening sequence. Will blood rain from the ceiling just before revelers are eviscerated by vampires? Probably not but you might not want to wear your fine washables to this just in case.

Steely Dan @ Beacon Theatre
Steely Dan are back for another multi-night run at Beacon Theatre and each night is a different theme. tonight it's 1980's Gaucho in full, plus a second set of hits.

Saintseneca, The Sidekicks, Yowler @ Mercury Lounge
Saintseneca make the kind of lushly arranged indie folk that's gained a lot of mainstream popularity lately, but they take it back to its DIY roots. Tonight's show is all in the family, with two opening bands that share members with Saintseneca.

Alex G @ Rough Trade
Alex G's new album and first for Domino, Beach Music, comes out this week. It's a hazy, quirky, and kinda slowcore-ish record. He plays this in-store tonight, and then...

Michael Chapman, Ryley Walker, Peter Walker, Bob Brown @ Rough Trade
Michael Chapman, Peter Walker and Bob Brown are all cult folk singers of the late '60s / early '70s period whose careers have gotten boosts recently thanks to the power of the internet. This is Bob Brown's first NYC show since the '80s, and newer musician Ryley Walker is backing him (and also playing on his own).

KEN mode, Child Bite, The Austerity Program, Garrett Jamieson @ The Acheron
KEN mode toned down their metallic tendencies for this year's Success and went in a more straight-up post-hardcore direction than ever before. The openers are well-matched, and making the night even more interesting, The Austerity Program will give a powerpoint presentation called "Bands We Are Accused Of Ripping Off: An emperical exploration by the Austerity Program." You can't make this stuff up.

Sun Kil Moon @ Town Hall
Sun Kil Moon's last few albums have had him making the most lyrically music of his career, and some of it (especially 2014's Benji) is some of the best material he's put out yet.