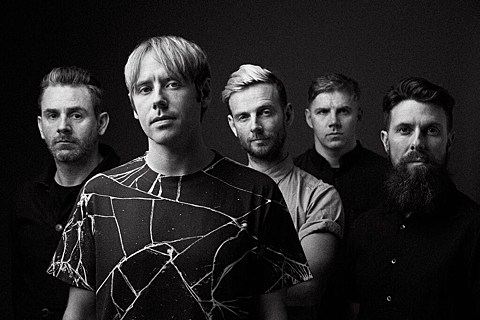 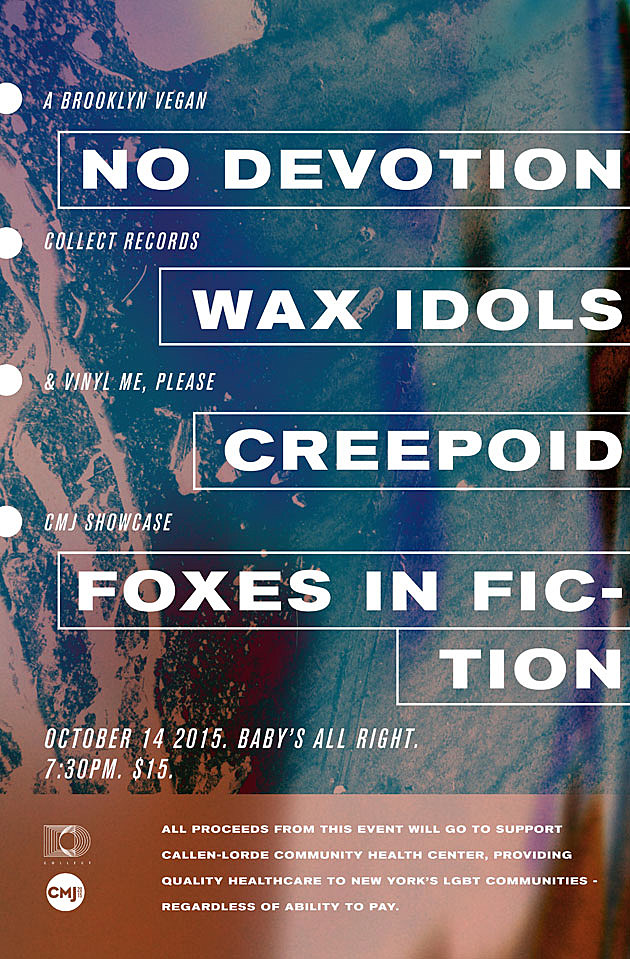 No Devotion, Wax Idols, Creepoid, Foxes in Fiction @ Baby's All Right (BV/Collect Showcase
Thursday singer Geoff Rickly has been up to a lot since that band went on hiatus. One of his endeavors is running the record label Collect Records and another is fronting the atmospheric rock band No Devotion. BV and Collect are co-presenting this showcase which has ND headlining, plus post-punk from Wax Idols, shoegaze from Creepoid, and ambient pop from Foxes In Fiction. 7 PM start and it's over by 11:30. Hope to see you there.

The Front Bottoms, The Smith Street Band, Elvis Depressedly @ Irving Plaza
It's not part of CMJ, but BV is also presenting The Front Bottoms' two-night stand at Irving Plaza with The Smith Street Band and Elvis Depressedly. They just released their major label debut, Back On Top, and it's actually more subdued than their previous material. This is night 1 of 2.

Panda Bear, Imagine Man @ Bowery Ballroom
Panda Bear's new album does what Panda Bear does best -- futuristic psychedelic pop with a lot of Brian Wilson influence -- but it's a clear progression from his earlier work too. Tonight he continues a sold-out three-night run at Bowery Ballroom.

Tobias Jesso Jr., Wet @ MHOW
You can spend your time watching TJJ picking his songs apart if you want -- there's Carol King, there's Harry Nilsson, there's Randy Newman, there's the Cheers theme song -- which is even easier to do when it's just a man and an electric piano. But Jesso is a pretty charming guy with self-effacing humor, and the heart-on-sleeve lyrics clearly connect with his audience who are usually either singing along loudly or pin-drop quiet

Torche, Primitive Weapons, Chain Gang Grave @ Saint Vitus
Torche continue to knock out great albums, as this year's Restarter proves. They return to NYC tonight, and both openers are worth catching too.

Eliot Glazer's Haunting Renditions @ Bell House
Eliot Glazer (brother of Broad City's Ilana Glazer) brings his classically-trained pipes to his live show "Haunting Renditions" where he takes some of pop music's most infamous songs and turns them into highbrow, sweeping ballads. Tonight's a Halloween special so it should extra haunting.

Tokyo Police Club, The Kickback @ Rough Trade
TPC are making a special trip down for this not-CMJ-but-free show. You do need to RSVP.