photo: Sports at Baby's All Right in February (more by Amanda Hatfield) 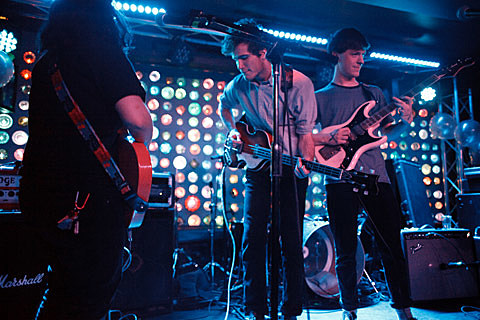 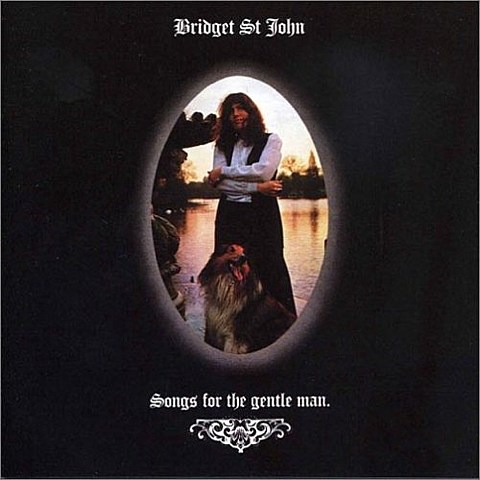 Future Punx, Pill, Eaters, Beth Israel, Heaven's Gate, Steep Leans, MPHO, Sneaks, WALL, Final Bloom, Justin Frye, Order of Operations @ Silent Bar
Dull Tools is bringing you this CMJ hangover party at Silent bar, which is up and running after some post-fire renovations. Pretty much every band on the label is playing and should be a lot of fun. The earlier you go, the cheaper admission is. Starts at 3 PM.

Owen Pallett/Les Mouches, Foxes In Fiction, Four Visions, Infinity Crush, Yohuna @ Orchid Tapes living room
Indie label Orchid Tapes is throwing this tiny post-CMJ party in their living room (only 35 people admitted) and most excitingly, Owen Pallett is on board to revisit songs from his old trio Les Mouches. They reissued their album You're Worth More To Me Than 1000 Christians on Orchid Tapes over the summer.

Man Man, Prince Rama @ Brooklyn Bowl
There really aren't any bands quite like either Man Man or Prince Rama, so needless to say, fans of eccentric music may want to be at Brooklyn Bowl tonight.

Oshun, Proda, Khalil @ C'mon Everybody
Oshun released their debut mixtape this year which they self-describe as "Floetry meets Lauryn Hill meets Chief Keef" which is pretty spot on.

White Out with Nels Cline, Mountains @ (le) poisson rouge
There's no doubt that guitarist Nels Cline is a master of his instrument (well, maybe if you're Mark Kozelek there is) and he's also extremely prolific in several projects. His group White Out have a new album called Accidental Sky on Northern Spy, and this is the release show. Local drone duo Mountains are not to miss either.

Razor, Blood Feast, Resistance, Anvil Bitch, Darkside NYC, Sweet Magma @ Saint Vitus
This is the final day of Brooklyn's Rage of Armageddon festival at Saint Vitus, which brings together a number of veteran death and thrash bands. It's Razor's second night at the festival, and they're promising an entirely different set.

Sam Amidon, Aoife O'Donovan, Thomas Bartlett @ St. Anne's Warehouse
This is the opening celebration for the new location of St. Ann's Warehouse and it's got a trio of great musicians on board.

Subhumans, Orphans, Opposition Rising @ The Acheron
It's the second of two nights for punk legends Subhumans at the up close and personal Bushwick club Acheron. Punk fans should not miss this.

Bethlehem Steel, Fern Mayo, Diet Cig, Downies, Comfy, PWR BTTM, I Tried To Run Away When I Was 6, Vagabon, Hiccup, Sports, ROMP, Nicholas Nicholas @ Palisades
CMJ might be officially over, but Father/Daughter and Miscreant are throwing their joint showcase today. It starts at 3:30 PM and goes til around midnight, and it's pretty stacked. Especially of note is Ohio's Sports, who have basically said they're done touring (so catch 'em while you can!).

The Wonder Years, Motion City Soundtrack, State Champs, You Blew It! @ Webster Hall
The Wonder Years are a polished pop punk band that even people who don't normally listen to polished pop punk could get into. It's emotional, cathartic stuff, and it's even better live. Motion City Soundtrack are another (slightly older) band who also push the boundaries of that genre, and You Blew It! are a newer band who do a lot of justice to '90s emo.