photo: Blur at MHOW in May (more by PSquared) 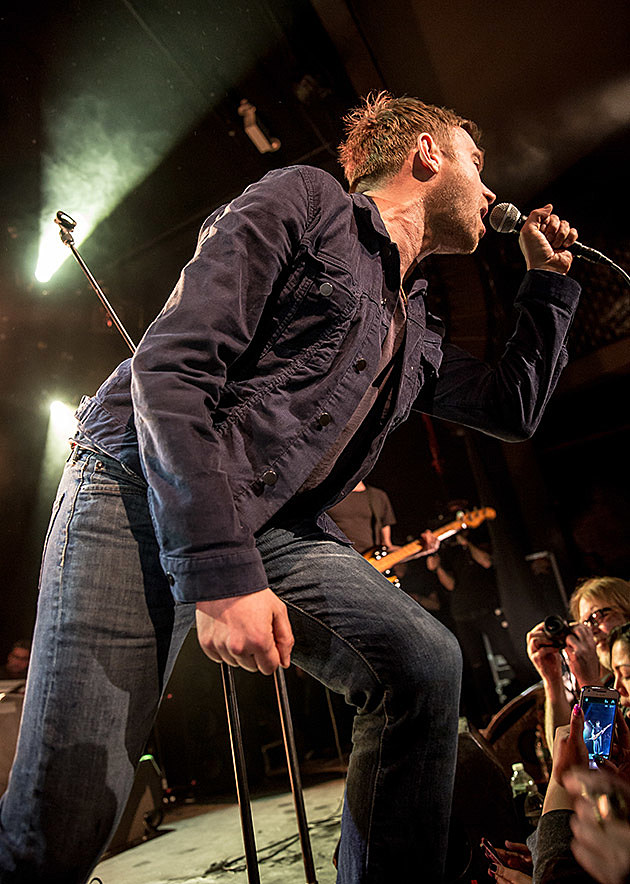 photo: Babes In Toyland at Irving Plaza in September (more by PSquared) 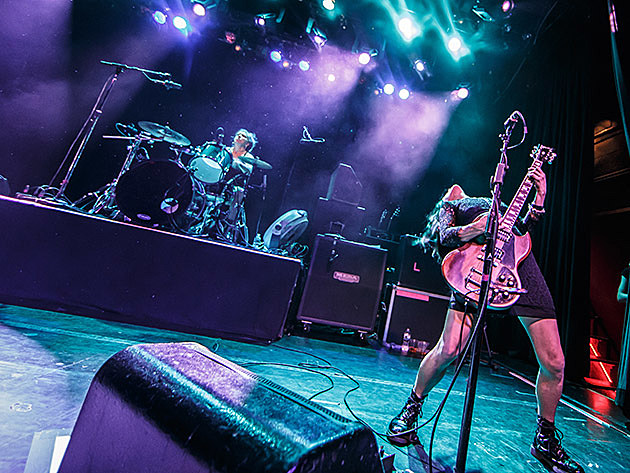 Blur, Courtney Barnett @ Madison Square Garden
Not counting their surprise show at Music Hall of Willimasburg in May (which was almost entirely just their new album), Britpop greats Blur haven't played an NYC with Graham Coxon in 15 years. Their L.A. show earlier this week was loaded with favorites we should expect the same tonight. One of only two North American shows, who knows when or if they'll be back. Tickets are still available. If you're going, don't miss opener Courtney Barnett who is getting more popular by the minute.

Babes In Toyland, Kitten Forever @ Saint Vitus
The grungy, noisy '90s-era Minneapolis band Babes In Toyland are back in action and sounding as confrontational as ever. They already played NYC once, and tonight they return for a smaller show which BrooklynVegan is proud to present. Opening is a younger Minneapolis band, the feminist punk trio Kitten Forever, who are worth showing up for.

Chance the Rapper, Hiatus Kaiyote, D.R.A.M., Towkio Metro Boomin @ Terminal 5
Chance the Rapper continues to do weird things (like follow his breakthrough mixtape by making an album with a band that often isn't rap), and people continue to love him for it. Tonight's his first of two big sold-out Terminal 5 shows.

Garbage, Torres @ The Space at Westbury
Twenty years ago, Garbage released their debut album of electronics/sample-driven alternative rock, and it still sounds great today. They're celebrating its 20th anniversary by playing it in full on tour, and this is the first of two NYC-area stops. If you like the kind of alt-rock that was popular in Garbage's prime era, you'll dig opener Torres too.

Glasser, Jonathan Turner @ The Kitchen
Art pop musician Glasser (aka Cameron Mesirow) and local artist Jonathan Turner are presenting their new piece Charge at The Kitchen tonight and tomorrow. The description reads: "Through a program of vocal and movement performances by Glasser and accompanying visuals by Turner, the audience will experience the body as a show. Performer and audience will be enveloped in a sensory macro-environment. Visuals will be abstract yet microscopically tactile. Sounds will feel spatially personal, as if Cameron is whispering directly in your ear. The effect will be performance as an intimate yet exotic embrace."

Widowspeak, Mega Bog @ Trans-Pecos
Widowspeak's new album, All Yours, is out this week and while they haven't thrown out the applecart, they have given it a fresh coat of paint (and a cup of coffee), tinkering just a bit with their sound. Working with producer Jarvis Taveniere (who also played bass), there's more spring in their step this time, but without sacrificing that tremelo'd, dreamlike vibe they're known for. Sold out.

Steve Gunn, James Elkington, Nathan Salsburg @ Union Pool
This is the first show of Steve Gunn & James Elkington's two-night stand at Union Pool. Former labelmates, a little cross-pollination during sets is probably not out of the question.

Ex-Cult, Squad Car, Surfbort @ Alphaville
Ex-Cult make killer psychedelic garage punk, and while the records are good, their in-your-face live shows are really the best way to experience it.

Cult Leader, The Banner, Secret Cutter, Crushed @ The Acheron
3/4 of Gaza have continued on as Cult Leader, and their metallic hardcore formula has gone untarnished with the new project. Last week they released their new album Lightless Walk on Deathwish.

Krill @ Silent Barn
It's the last NYC show ever for Boston indie rockers Krill (at least until the reunion!) so you might wanna catch 'em while you can.

The Ex, Ken Vandermark @ WFMU Monty Hall
Dutch anarcho/post/punk/jazz collective The Ex, which still includes founding member Terrie Hessels and Katherina Bornefeld (drummer since the early '80s), are touring with saxophonist and frequent collaborator Ken Vandermark, for what is sure to be a unique performance.

Dave Davies (of The Kinks) @ City Winery
While you're holding your breath for that Kinks reunion, you can go see Dave Davies -- singer of "Death of a Clown," "Party Line," "Living on a Thin Line" among others -- plays a solo show tonight.

Jimmy Webb @ The Cutting Room
Writer of such classics as "Wichita Lineman," "By the Time I Get to Phoenix", "Wichita Lineman", "Galveston", "MacArthur Park," "Up, Up and Away" and one of the great books on pop songwriting, Jimmy Webb is a true legend.

John Doe & The Sadies, Teri Joyce & the Tagalongs @ Hill Country BBQ
X frontman John Doe and Canadian band The Sadies teamed up in 2009 for the album Country Club. They're re-teaming for shows this weekend at branches of Hill Country BBQ. Tonight's is at the downtown Brooklyn branch and is only five bucks.

The Smith Street Band, Great Cynics, Katie Ellen @ Suburbia
Australian folk punks The Smith Street Band have been on the road supporting the Front Bottoms. That tour already hit NYC twice, but tonight you can catch TSSB here on their own, and somewhere way smaller. Get there early from Katie Ellen, a new band featuring Chumped singer Anika Pyle.

Aviator, Dizzy Bats, Semiotics, Ornaments, Ishmael @ Fat Baby
If you like late '90s screamo/post-hardcore or the whole "new wave" of it that's been getting attention recently, Aviator may be up your alley.