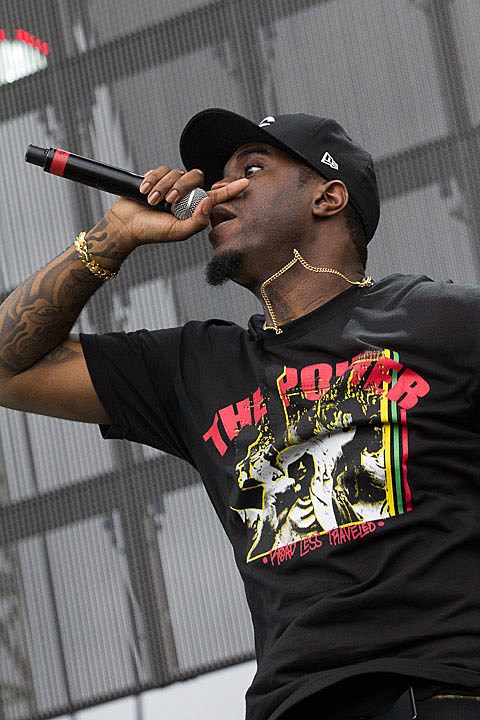 Big K.R.I.T, Smoke DZA @ Highline Ballroom
Big K.R.I.T.'s an insanely prolific rapper, having not gone a year since his 2010 breakthrough K.R.I.T. Wuz Here without a full length album and/or mixtape. A couple weeks ago, he dropped the new t's Better This Way and just followed it this week with a one-off single with Rapsody. Tonight he's in NYC, with local support from his old pal Smoke DZA.

The Dears @ Rough Trade
Montreal's The Dears were doing epic, heartfelt rock when Arcade Fire were just a glimmer in Win Butler's eye. With a new album just out, they remain a force live.

Gary Clark Jr. @ Terminal 5
Gary Clark Jr plays blues rock rooted in the genre's early days, and it continues to catch on with a lot of people. Tonight he takes on the massive Terminal 5.

Mavis Staples & Joan Osborne @ Tarrytown Music Hall
Soul legend Mavis Staples has a lot going on this year. She has a new EP that she made with Son Little, a new documentary called MAVIS!, and she's on tour now with Joan Osborne. The tour includes a few shows in and around NYC, this being one of them.

The Drums, The Yetis @ Baby's All Right
This is the first of three residency shows at Baby's for The Drums, all of which feature the return of Connor Hanwick to the lineup.

The Darkness @ Stone Pony
While the band have yet to top their 2003 debut, new album Last of Our Kind brings back a little of the saucy fun that first LP had. Live, though, The Darkness remain pure bombastic spectacle, with a show full of riffs, flying leaps, guitar windmills, multiple solos (one of which may be performed on the shoulders of a roadie as he mingles with the audience) and unbridled bravado.

Invisible Familiars, Cantina, Sean Cronin's Very Good @ Palisades
Having worked with Martha Wainwright, Cibo Matto, Sean Lennon and others, Jared Samuel's own music, as Invisible Familiars, is an appealing hodgepodge of styles that is at once quirky, folky, poppy and danceable.