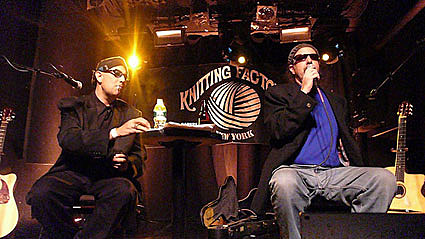 Alabama 3. You're probably familiar with the song on the top of this post.

Sonic Youth tickets will be available that morning.

Video of Lykke Li performing at Glastonbury below...