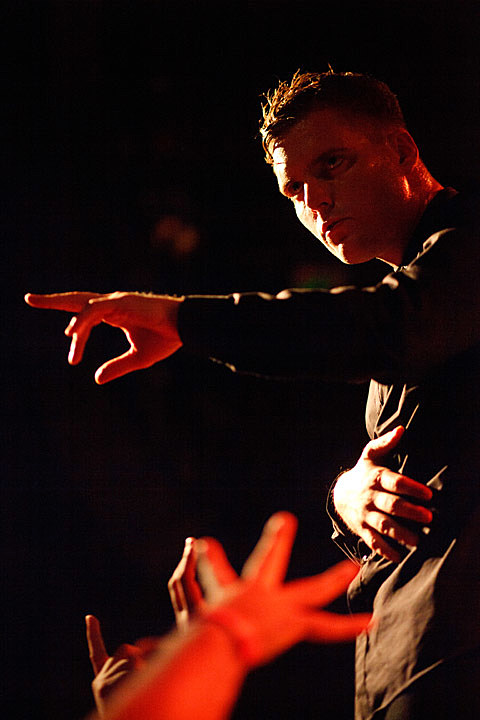 Deafheaven, Envy, Tribulation @ Webster Hall
Deafheaven followed Sunbather with New Bermuda this year, and it's possibly even better than its beloved predecessor. Their post-rock-infused metal is more diverse than ever, with thrash/metalcore influence, slide guitars, wah solos, and more. The openers tonight are also great: influential Japanese screamo band Envy (who surely influenced Deafheaven) and Sweden's Tribulation, whose mix black/death metal tendencies with classic rock and have the catchiest songs of the three bands playing tonight.

Judas Priest, Mastodon @ The Paramount
Metal Gods Judas Priest have been doing it for over four decades, and their live shows still kick major ass. Even last year's new album (which basically sounds like their early '80s period) is pretty good. They picked quite a strong support band, Mastodon, who could headline this place on their own. Tonight's the first of three NYC-area shows.

YOB, Black Cobra, Wizard Rifle @ Bell House
This is the first of two NYC dates on doom/sludge greats YOB's tour, and this one's special. It's the only date on the tour where they'll be playing 2005's The Unreal Never Lived in full for its 10th anniversary.

Greys, Nine of Swords, Fake Palms, Dead Tenants @ Aviv
Toronto punks Greys make quite the racket on record, but it's in a live setting where they really shine. Experience it for yourself tonight.

The Districts, Lady Lamb, Sun Club @ Music Hall of Williamsburg
Rootsy rockers The Districts headline this show, and if you're going we especially recommend catching Lady Lamb. She's ben consistently great for a while, but this year's After is a noticeable step forward.

Bethlehem Steel, Rick (from Pile), Cold Sweats, Outta Gas, Comfy @ Shea Stadium
Bethlehem Steel celebrate their new EP at this show. It's a nice batch of '90s-ish indie rock, with powerful folk-tinged vocals that separate it from other bands like this. It's also Cold Sweats' album release show, plus there's Rick from Boston's Pile, and more.

Craig Finn, Esme Patterson @ Wonder Bar
Craig Finn has always had a Springsteen influence, but his new solo album Faith In The Future is the most head-on he's ever dove into The Boss' mid-'80s period.

YACHT, Larry Gus @ Rough Trade
YACHT's new album I Thought the Future Would Be Cooler examines the ADD/selfie/everything-now life most of us are in (or have to deal with) in a fun danceable way. Greek musician Larry Gus, whose new album is fresh out on DFA, opens.

Phil Lesh & Friends @ The Capitol Theatre
The Grateful Dead's Phil Lesh kicks off another run at the Cap tonight, and this one's especially exciting because it has David Nelson of New Riders of the Purple Sage on guitar.