photo: Jonathan Richman at The Bell House in 2014 (more by Greg Cristman) 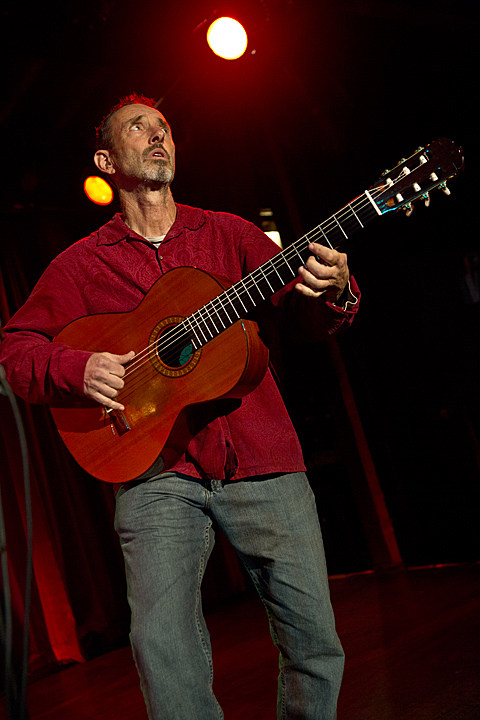 Jonathan Richman w/ Tommy Larkins @ Bowery Ballroom
Even if he'd only made the first Modern Lovers album, Jonathan Richman would have legend status, but he's continued to make heartfelt, thoughtful pop for the last 40 years and is always a treat live.

Screaming Females, Potty Mouth, Aye Nako @ Music Hall of Williamsburg
Screaming Females put out another ripper of a record this year, but in a live setting is where they always shine the most. Openers are well-matched too.

Allison Weiss, Mal Blum, Winter, Kid In The Attic @ Mercury Lounge
Allison Weiss and Mal Blum both bring the intimate singer/songwriter tradition to punk, and they're both supporting new albums on this tour (released on SideOneDummy and Don Giovanni, respectively).

B L A C K I E, Juiceboxxx, Show Me The Body, Dreamcruiser @ Trans-Pecos
This bill brings noise, rap and punk together, with some of the artists offering up a combination of all three. It should be a great night start to finish.

Norah Jones @ Capitol Theatre
With no new album behind this tour, Norah Jones is playing what she wants and where she wants -- most of her current tour is places she's never performed before.

The Story So Far, Basement, Turnover, Somerset Thrower @ Emporium
We're not huge fans of the headliner, but we definitely think it's worth catching Run For Cover labelmates Basement and Turnover. The former is a UK band that recalls Seattle grunge, and the latter make ethereal jangle pop. This tour doesn't hit NYC but it was in NJ last night and hits Long Island tonight.

Kat Edmonson @ Joe's Pub (2 shows)
Jazz-pop singer Kat Edmonson has gained comparisons to Billie Holiday and the Brill Building, and she's not just inspired by the classics but she sings them too. She wraps up at weekend run at Joe's Pub with two shows tonight.

Vanilla Fudge @ B.B. King's
Vanilla Fudge have been offering up sludgy, psychedelic cover songs since the late '60s, and helped inspire some of the earliest metal bands.

Nellie McKay @ The Cutting Room
Nellie McKay is for the birds, literally, as this show is a benefit for the Wild Bird Fund, NYC's only nonprofit wildlife medical and rehabilitation center.