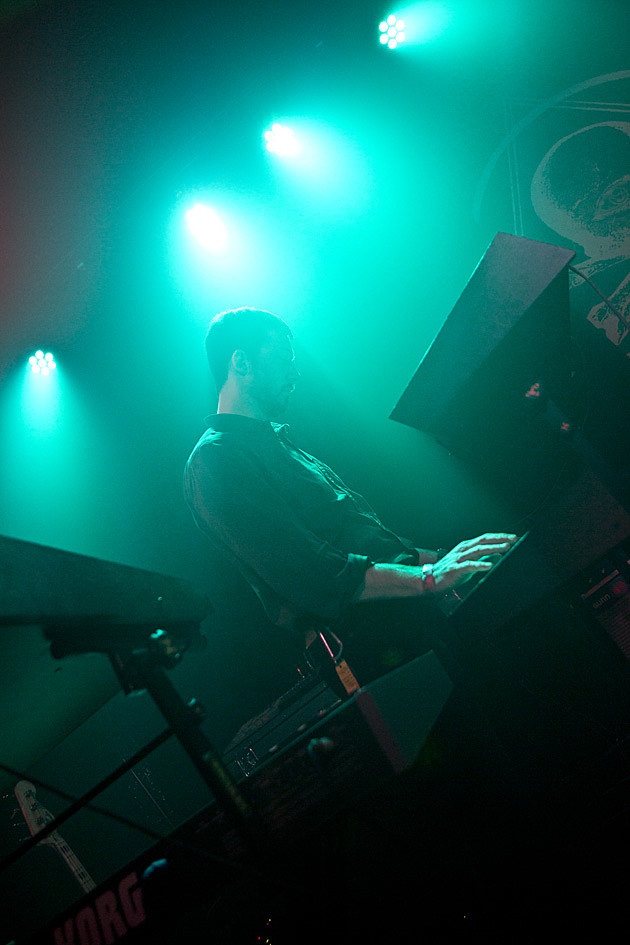 Antibalas, Santigold, Superhuman Happiness @ Brooklyn Bowl
This is the second of Antibalas' four-week BB residency shows and tonight features special guest Santigold (who has a new album on the way).

Christine and The Queens @ Webster Hall
Christine and the Queens recently released a very good album of eccentric synth pop, which features Perfume Genius, partially covers Kanye West, and more. They just opened for Marina & the Diamonds at Terminal 5, but tonight they headline their own show.

The Weeknd, Banks, Travi$ Scott @ Prudential Center
The Weeknd is bigger than ever -- perhaps you've heard "Can't Feel My Face" in a car or a bar or a party or just about anywhere else -- and tonight he plays his first of four NYC-area arena shows. The next three are in NYC proper, but this one's just outside in Newark.

Shakey Graves, Those Darlins @ Terminal 5
Austin's Shakey Graves (aka Alejandro Rose-Garcia) plays his biggest NYC show yet tonight and is well matched in twang with Nashville's Those Darlins.

Zombi, Pinkish Black, Space Merchants @ Saint Vitus
Relapse labelmates Zombi and Pinkish Black both have new albums that came out last month, and both are the kinds of things that would sound good paired with a horror movie.

Rakim, Ceez, J Swiss, and Lyricks @ S.O.B's
The God MC graces his hometown of NYC with another show tonight. It's been a while since he's put out new music, but his influence is undeniable and still heard everywhere today, so you don't really need any other reason to see him.

Moving Units, Cheatahs, Acid Dad @ Baby's All Right
UK-based band Cheatahs had a tough time getting into the US and had to scrap all their CMJ shows. They make it up to us tonight, opening for still-going NYC punk-funkers Moving Units.

Writer, Vivid Low Sky, Sunshine & the Rain @ Rock Shop
Vivid Low Sky is the mostly solo, mostly post-rock (and entirely instrumental) project of David Koslowski, whose debut, 2000's Music for Movies Unmade, featured Miyuki Furtado (Rogers Sisters), Shirlé Hale (from another Koslowski band, Gerty), Thomas Moore (Plow) and J. Robbins (Jawbox/Burning Airlines). The band are back, with Robbins behind the boards this time, to make II, which will be out in March. But you can see them live tonight.

No Sky God, Larkin Grimm, Creature Automatic, Voice Coils @ Palisades
No Sky God celebrate their new album at this show. It's filled with guests (members of Delicate Steve and Psalm Zero, Sam Mickens and more) and it recalls a variety of late '60s and early '70s psychedelic rock bands. Good bill all around tonight, too.