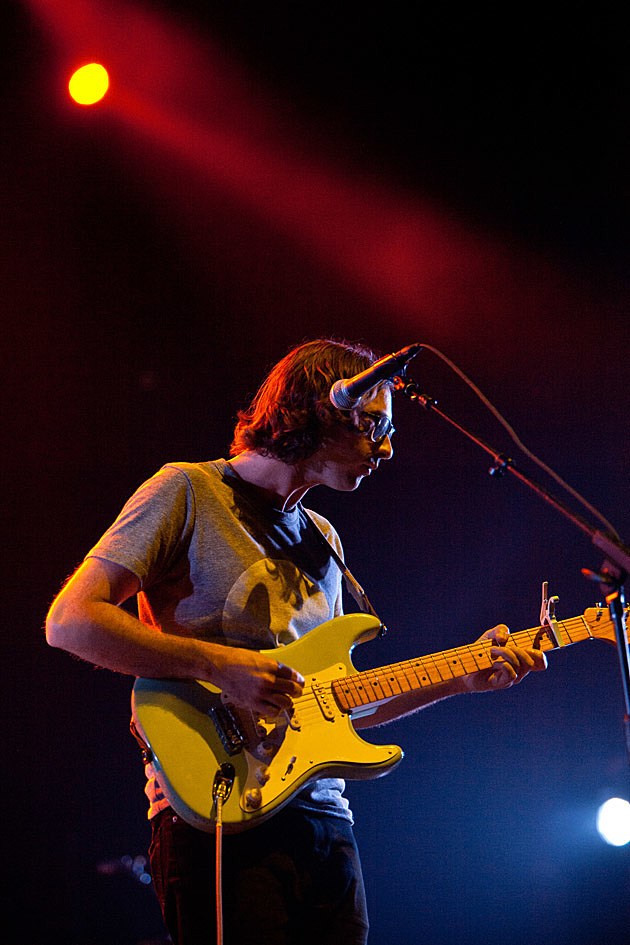 Skream @ Verboten
Dubstep OG Skream takes over Verboten tonight from open to close. Doors are at 10.

Alex Bleeker & The Freaks, Steve Gunn, Martin Courtney, Will Epstein & Jesse Lauter, King Cyst @ Brooklyn Bowl
Alex Bleeker and The Freaks are the jammiest of all the Real Estate-related projects (Alex is the Deadhead in the group) and they've got a new album called Country Agenda that they'll be celebrating tonight. The bill is loaded with special guests: ace guitarist Steve Gunn, Alex's Real Estate Martin Courtney (who has his own great solo record out now), Darkside collaborator Will Epstein playing with Elvis Perkins collaborator Jesse Lauter, and the Ducktails/Big Troubles-related King Cyst.

Jeezy @ Highline Ballroom
Jeezy will release his eighth album this week, Church in These Streets, and recently revealed a Janelle Monae-featuring single from it. Before we get to hear the whole thing though, he'll play NYC tonight.

NY Comedy Festival
The NYCF continues tonight and Thursday highlights include: Nathan "For You" Fielder at the Skirball Center; Bridget Everett and The Tender Moments at Gramercy Theatre; and David Cross guests at "Ask Me Another" at The Bell House.

Elysian Fields @ The Owl
Venerable NYC band Elysian Fields are celebrating their 20th anniversary with a run of shows where they're performing their entire catalog live. Tonight it's 2014's Dreams That Breathe Your Name.

Vivid Low Sky, Jef Brown @ Cake Shop
Vivid Low Sky is the mostly solo, mostly post-rock (and entirely instrumental) project of David Koslowski, whose debut, 2000's Music for Movies Unmade, featured Miyuki Furtado (Rogers Sisters), Shirlé Hale (from another Koslowski band, Gerty), Thomas Moore (Plow) and J. Robbins (Jawbox/Burning Airlines). The band are back, with Robbins behind the boards this time, to make II, which will be out in March. But you can see them live tonight.

Anna von Hausswolff, Shana Falana @ Saint Vitus
Swedish singer/church organist Anna Von Hausswolff has a new album coming out this week that she recorded on one of the largest pipe organs in Scandinavia. It's ethereal, haunting stuff. Tonight's the NYC release party, and local openers Shana Falana are well-matched and worth showing up for.

Odesza, Bonobo (DJ Set), Jai Wolf @ Terminal 5
Seattle dance duo Odesza seriously blew up. It was just over a year ago you could see them at places like Santos Party House and Knitting Factory, and tonight they kick off a 3-night run at the huge Terminal 5 and the whole thing is sold out. Openers vary each night, and tonight it's the aways-fun Bonobo on DJ duties and local producer Jai Wolf.

Bonobo (DJ Set), Joe90 @ Output
Keep the party going after the Odesza show by following Bonobo over to Williamsburg, where he'll DJ the Output club.

Seal @ Irving Plaza
Get a little crazy tonight, and sing along loudly to "Kiss From a Rose" with '90s megastar Seal.