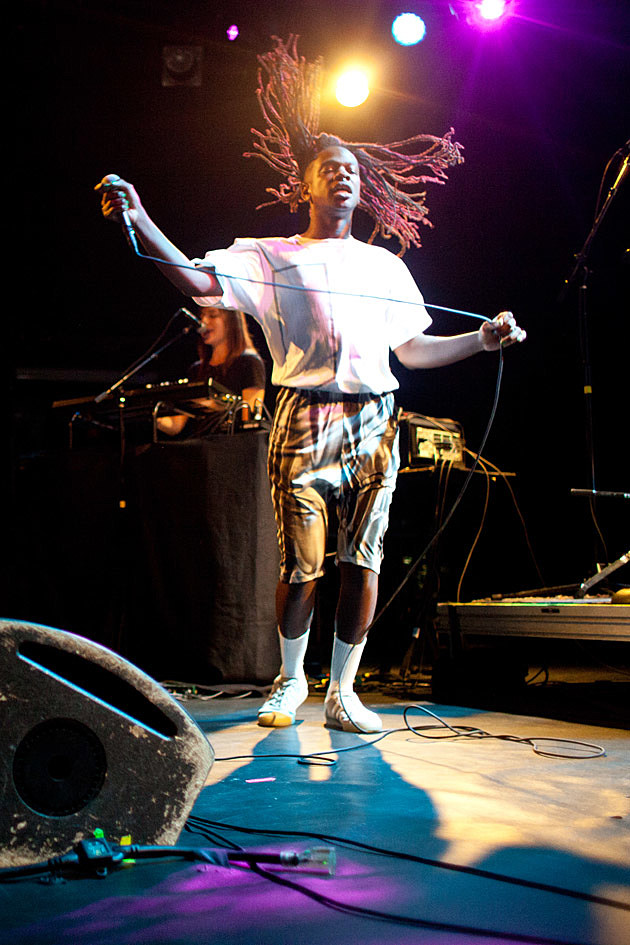 Shamir, HANA, Bruce Smear @ Bowery Ballroom
Shamir has had a good year, releasing his critically-acclaimed (and very fun) debut album and, this week, he plays two nights at Bowery Ballroom.

Adele @ Radio City Music Hall
With "Hello" the number one single in most countries of the world, Adele plays Radio City tonight for a show that's being taped for an NBC special.

Charles Bradley and His Extraordinaires, The Lighthouse & The Whaler @ Brooklyn Bowl
Having spent years in a James Brown tribute act, Charles Bradley has the moves and the voice for classic soul/R&B down. Backed with his killer band, he does more than fine with his own material. This is a free show sponsored by Paste magazine.

Autre Ne Veut, Demo Taped, Kaya, Mazed @ Pianos
Autre Ne Veut's new album is more of his experimental and highly emotive R&B. Tonight's an intimate show for him, and he's saying it'll be his last gig for a while.

!!!, Stereolad, Guerrilla Toss @ Music Hall of Williamsburg
!!! (chk chk chk) are always fun live but coming off their strongest record in a while -- this year's As If -- tonight's show should be especially good. Note: Stereolad is actually most of !!! playing as a Stereolab cover band. New DFA signees Guerrilla Toss open the night.

Bing & Ruth, Port St. Willow, Julie Byrne @ Le Poisson Rouge
Brooklyn ambient group Bing & Ruth got a lot of acclaim for last year's Tomorrow Was the Golden Age on RVNG Intl, and now the label just reissued their 2010 debut, City Lake. They celebrate that reissue by performing the album tonight, and it's with Port St. Willow who are playing their new album Syncope (which features Bing & Ruth leader David Moore). It's worth showing up early for dream-folk singer Julie Byrne too.

Puscifer @ Terminal 5
While fans of Maynard James Keenan are probably still reeling from the news that Tool will tour next year, you can see him in action much sooner than that with his band Puscifer tonight. They just released their new album, Money Shot, at the tail-end of October.

Cake Shop Comedy @ Cake Shop
If you miss Big Terrific and Hannibal Buress' Sunday night show at Knit, and are looking for a new free, weekly comedy show that happens in a rock club and sometimes has big name talent stop by unexpectedly, "Cake Shop Comedy" might do the trick. Tonight's guests include Wayne Federman, Ricky Velez, Nate Dern, Liza Treyger and more.