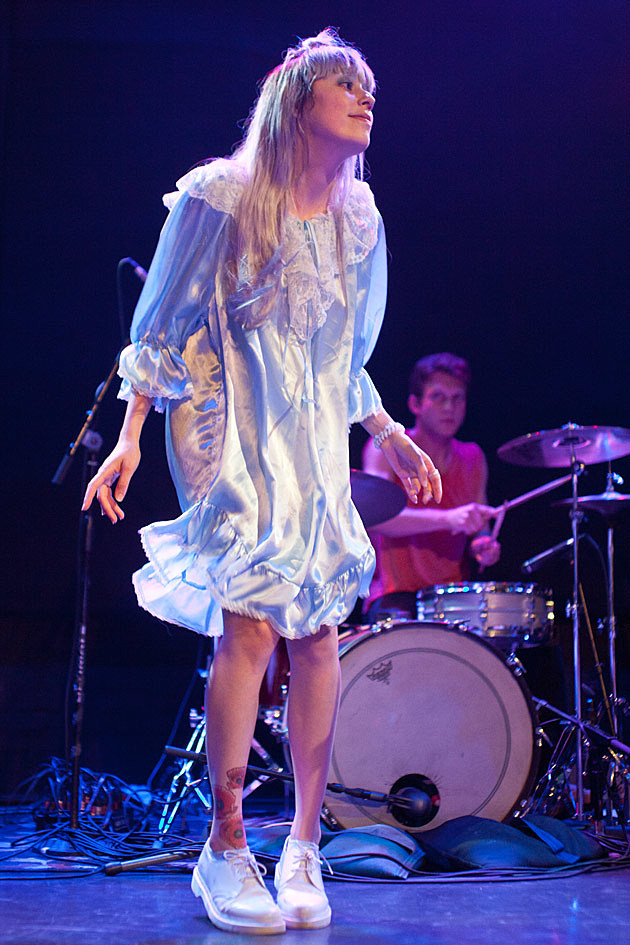 Grimes, Nicole Dollanganger @ Music Hall of Williamsburg
Grimes' new album Art Angels is in some ways a natural progression from Visions but it also explores a ton of new ground. It's great stuff and it sounds like it's gonna be very fun live. Opening is Nicole Dollanganger, who Grimes recently signed to her new label.

The Weeknd, Banks, Travi$ Scott @ Barclays Center
The Weeknd is bigger than ever -- perhaps you've heard "Can't Feel My Face" in a car or a bar or a party or just about anywhere else -- and tonight he plays his third of four NYC-area arena shows.

Hudson Mohawke, The-Dream, Nick Hook, Kitty Cash, Matt FX, Hiyawatha @ Webster Hall
Scottish beatmaker Hudson Mohawke has been having a very fruitful career, as a quality solo artist, one half of the duo TNGHT, and a contributor to more than one Kanye West album. Tonight's special guest is R&B singer The-Dream, who's also busy with both solo material and co-writing for other musicians (like Beyonce, Rihanna, Ciara and more).

!!! (chk chk chk), Stereolad, Eaters @ Bowery Ballroom
!!! (chk chk chk) are always fun live but coming off their strongest record in a while -- this year's As If -- tonight's show should be especially good. Note: Stereolad is actually most of !!! playing as a Stereolab cover band. Electronic duo Eaters open.

Mr. Twin Sister, Ava Luna & special guest @ Cameo Gallery
Only four more nights of Cameo left and this one should be pretty good, with Mr. Twin Sister and their friends Ava Luna as well. Perhaps we'll get a string section tonight? Any guesses on who the Very Special Guests are?

LODRO, Dead Stars, Zuli @ Living Room
Brooklyn's dark, moody LODRO have an album in the can that still awaits release. Get a preview tonight, with '90s indie rock torchbearers Dead Stars on the bill as well