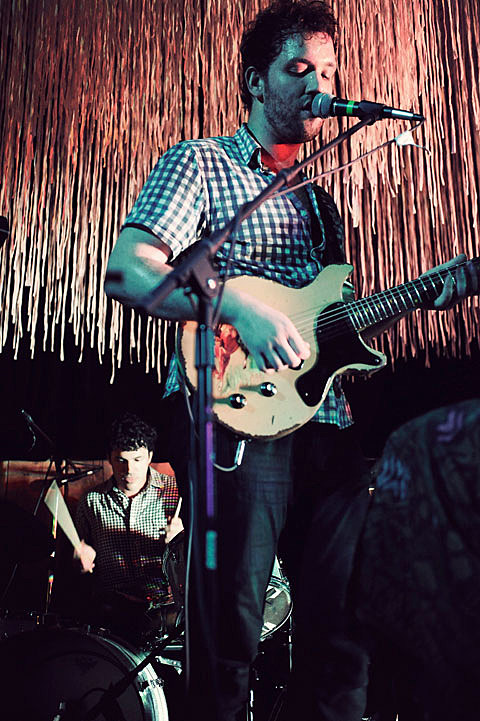 St. Lucia (DJ Set), Plastic Plates @ Cameo Gallery
After Caveman, stick around for the last hurrah danceparty with DJ's St. Lucia and a final chance to say goodbye to one of the most iconic stage backdrops in Williamsburg.

Peelander-Z, Math the Band @ Alphaville
Japanese sci-fi anime punks Peelander-Z have been playing for nearly two decades. With a new documentary out about the band, it's probably a good time to catch them.

Olof Dreijer (of The Knife - DJ Set), Secret Special Guest @ Baby's All Right
The Knife are sadly broken up, but both members are keeping busy with other projects. Olof is now a member of the band Hiya wal Âalam, who play NYC on Monday, but tonight he DJs Baby's with a secret special guest. Who could it be?

Kevin Gates, Geaux Yella, Jay Lewis, OG Boobie Black @ Gramercy Theatre
Kevin Gates has been releasing a steady stream of quality mixtapes/albums for a few years now, and he's got a great sing/rap style that isn't quite like anyone else's right now.

HEALTH, Pictureplane @ Music Hall of Williamsburg
HEALTH tone down the noise a bit (but not completely) on their terrific new album Death Magic, which is the catchiest thing they've done yet. They didn't "go pop" though; it's still very weird. Pictureplane is a great fit to open the show.

Priests, Shopping, Arm Candy @ Palisades
UK act Shopping, who draw influence from post-punk acts like Delta 5 and The Slits, were one of the highlights of CMJ this year. They make for a good pairing with DC's fiery Priests. This will be a fun night at Palisades.

Infest, The Boston Strangler, NYC Headhunters, Violent Bullshit @ The Acheron
Influential hardcore band Infest were initially around in the late '80s and early '90s, and helped pioneer what became known as powerviolence. Their first NYC shows ever happened last year, and this week they play two more. This is the second.

Skinless, Abnormality, Hypoxia @ Saint Vitus
New York death metal vets Skinless got back together in 2013, and this year they released Only the Ruthless Remain, their first album since 2006.

Elysian Fields @ The Owl
Long-running NYC band Elysian Fields are celebrating their 20th anniversary with a run of shows where they're performing their entire catalog live. Tonight is the last of the seven shows, featuring 2014's For House Cats And Sea Fans.

Hot Tuna & Friends @ Beacon Theatre
Jorma Kaukonen turns 75 next month, and he's celebrating that birthday with a two-night run of Hot Tuna shows at the Beacon. This is the second night.

Dogs on Acid @ Rough Trade
Dogs On Acid recently released their debut album on Jade Tree, though it sounds more like the kind of indie rock you would've heard coming out in the early '90s on Merge. Today they play a free afternoon in-store at Rough Trade.