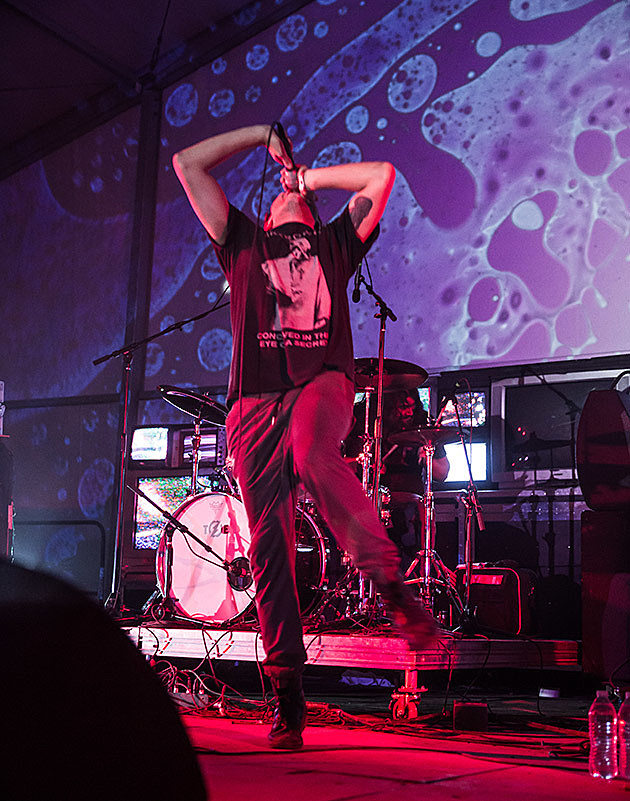 HEALTH, Pictureplane, Very Much (DJ Set) @ Le Poisson Rouge
HEALTH tone down the noise a bit (but not completely) on their terrific new album Death Magic, which is the catchiest thing they've done yet. They didn't "go pop" though; it's still very weird. Pictureplane is a great fit to open the show.

Thor:"I Am Thor" Documentary Screening and Performance @ Saint Vitus
"Jon Mikl Thor was a bodybuilding, steel bending, brick smashing rock star in the 70's & 80's whose theatrical band THOR hit the scene alongside Metallica and Kiss, but never achieved the gold record status of its contemporaries." The new documentary on him screens at Vitus tonight.

Flamin' Groovies, Nude Beach, Miriam @ Baby's All Right
Powerpop legends Flamin' Groovies are back with guitarist Chris Wilson and a barrelful of good time, hook-filled classics. Next year's their 50th anniversary with a new album on the way. They're well-matched with Nude Beach.

This American Life Presents: 12 Days of Christmas The Improv Show @ Bell House
Ira Glass and the TAL folks have put together an impressive lineup of talent for this holiday themed improv show, featuring with Mike Birbiglia, Chris Gethard, Tami Sagher, Aidy Bryant, Scott Adsit, and Sasheer Zamata. Unsurprisingly this is sold out.

H2O, Angel Du$t, Give @ Santos
New York punks H2O celebrated their 20th anniversary this year and released the new album Use Your Voice, which... certainly sounds like H2O. That's not a bad thing though, they're good at what they do.

Hans Chew, Rhyton @ Mercury Lounge
This is a good double bill of experimental music, with Hans Chew (of D. Charles Speer & the Helix and other projects) and trippy rock band Rhyton.