photo: The Menzingers at BV-RBSS at Baby's in April (more by Amanda Hatfield) 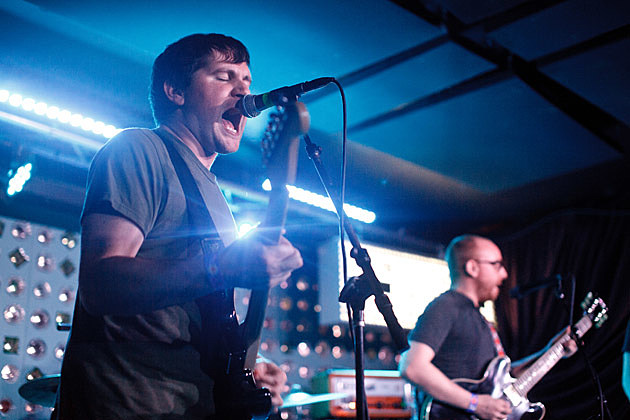 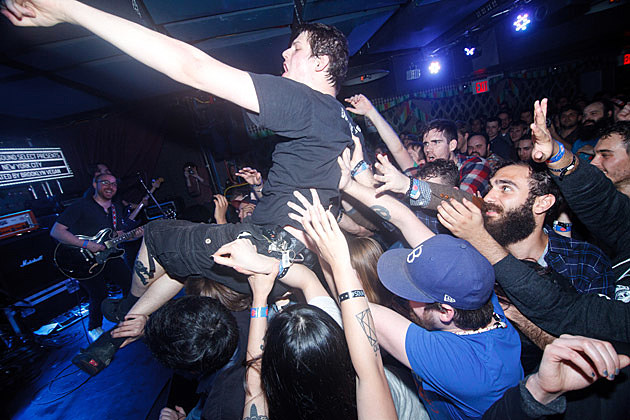 My Morning Jacket, Cass McCombs @ Beacon Theater
My Morning Jacket returned this year with their very solid seventh album, The Waterfall. They always shine as a live band too, and their four-night run at The Beacon continues tonight. Each show has a different great opener, and tonight it's singer/songwriter Cass McCombs.

Ondskapt, Abazagorath, Vilkacis @ Saint Vitus
Swedish black metal band Ondskapt have been at it for about 15 years, though they haven't released a new album since 2010's Arisen From The Ashes. NJ's Abazagorath and NYC's Vilkacis are well-matched openers.

The Wonder Years, Motion City Soundtrack, State Champs, You Blew It! @ Starland Ballroom
Boundary-pushing pop punk bands The Wonder Years and Motion City Soundtrack have been on a tour together that already hit NYC for two shows, and tonight they're nearby at NJ's Starland Ballroom. If you're going, it's worth showing up early for emo revivalists You Blew It!.

'Greg Proops is the Smartest Man in the World' @ Bell House
Is comedian Greg Proops, who you may know from Whose Line is it Anyway? and elsewhere, the smartest man in the world? Maybe, but it's for sure the name of his very popular podcast which tapes live tonight.