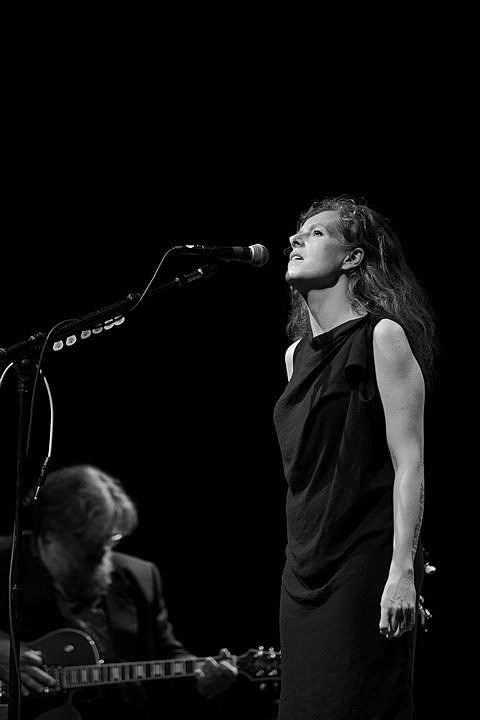 Neko Case, Soren Juul @ Apollo Theater
With a brand new vinyl box set just out that collects the entirety of her solo work, it will be very hard for Neko Case to say "This is on my new release" and not be right.

John Lennon Tribute @ Symphony Space
A celebration of what would've been his 75th birthday, this is the 35th annual John Lennon Tribute concert and this year features Bettye LaVette, Joseph Arthur, Martin Sexton, Nicole Atkins, and Richard Shindell and more. There's a Lennon tribute on Saturday, too, at Theatre at MSG.

All Pigs Must Die, Deathcycle, White Widows Pact, Wrist Deep @ The Acheron
All Pigs Must Die is one of the bands backed by the monstrous Ben Koller of Converge on drums, so you know the whole show is gonna be heavy as hell. Not to mention their latest album, 2013's Nothing Violates This Nature, has some pretty damn good songs.

Gun Outfit, Honey, Ornament @ Union Pool
Gun Outfit's new album Dream All Over is punk in spirit but psychedelic folk/slowcore in sound. It's good stuff, and tonight's their first of two NYC shows in support of it.

All Them Witches, New Madrid @ Rough Trade
All Them Witches' throwback riffs rip pretty hard on this year's Dying Surfer Meets His Maker, their first album for New West Records. They just wrapped up a tour opening for The Sword, and now they're in NYC for a headlining gig.

Vocal Fry w/ music by Pile, words by Sadie Dupuis, Lucas Mann and Dora Malech @ Alphaville
'Vocal Fry' is a night of poetry/essay readings, and tonight's installment has Speedy Ortiz singer Sadie Dupuis. Her friends and former labelmates Pile wrap up the night with a live set, and they tend to get pretty wild.

Teen Suicide, Yvette, Diet Cig @ Baby's All Right
Teen Suicide is one of the many projects of Sam Ray (Ricky Eat Acid, Julia Brown), and next week they're reissuing two of their EPs on Run For Cover. This is the release show, and support comes from the intense noisemakers Yvette and the lo-fi-ish Diet Cig.

Madball, Subzero @ Grand Victory
NYHC greats Madball play their hometown a good amount, but it's pretty rare to see them in a place this size (compared to recent venues they've played, this is basically a closet). Sold out, though.