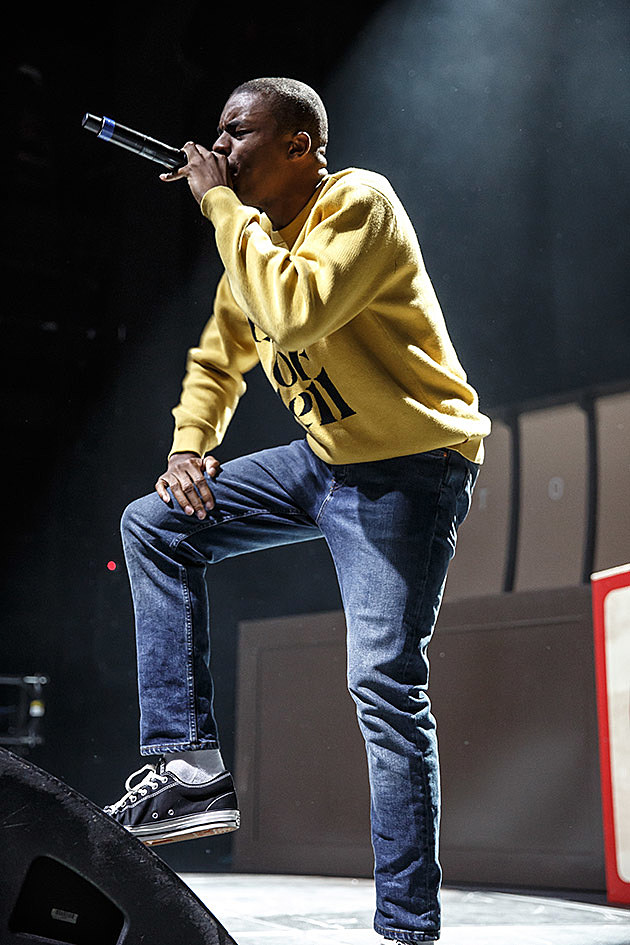 Dinosaur Jr. and "special guests" @ Bowery Ballroom
One of the quintessential American indie rock bands, Dinosaur Jr. wrap up their seven-show 30th anniversary celebration at Bowery tonight. As at the previous six, they'll play their debut album in full with an additional set filled with special guests...who have turned out to be pretty special so far. You would think for the finale they'd pull out all the stops. Who will show up?

Deerhunter, Atlas Sound @ Warsaw
Deerhunter's new album has them returning to the dream/psychedelic pop sounds of Halcyon Digest after a trip into rawer garage rock territory on Monomania. Tonight's the last of their three NYC shows in support of it. Deerhunter co-frontman Bradford Cox's great solo project Atlas Sound opens.

Vince Staples, Jimi Tents @ MHOW
Vince Staples' debut album Summertime '06 is one of the very best rap albums of the year. It doesn't really follow any modern trend but it doesn't sound quite like a throwback either. It's worth catching local opener Jimi Tents tonight too.

The Get Up Kids, Into It Over It, Rozwell Kid @ Irving Plaza
The Get Up Kids, whose punky take on emo influenced both the mainstream boom in the 2000s and the current revival, are celebrating their 20th anniversary. Tonight begins their two-night stand in NYC (followed by a NJ show). Good openers too: Into It Over it, the project of Evan Weiss (a guy who literally bridges the gap between 1990s and 2010s emo), and the Thin Lizzy-esque Rozwell Kid.

Alex Metric, Fred Falke @ Output
Alex Metric is one of the remixers of choice for indie bands, having applied his magic to Foals, Depeche Mode, La Roux, Phoenix, Gorillaz, Bloc Party and others; Fred Falke, meanwhile, remains a leading light in French House.

Tanlines, IO Echo, Oberhofer @ Webster Hall
New York duo Tanlines retreated to Pittsburgh to make this year's Highlights, that puts more of an emphasis on acoustic instruments and less on laptop beats but keeps the hook level high. The catchy indiepop of Oberhofer open...close your eyes and imagine you're at Glasslands.

Nicolas Jaar (DJ set) @ Trans Pecos
Nicolas Jaar's label Other People continues its residency at Trans-Pecos tonight, and this time it's a 3-hour DJ set from the label boss in the basement (100 cap). Tickets for this one are only available at doors.

Special Twindrums Project w/ Yoshimio and Ikue Mori @ Roulette
Yoshimio (of Boredoms, OOIOO, Free Kitten, etc) and no wave legend Ikue Mori have been collaborating for years, and tonight they'll do so once again as Twindrum, the project they formed in 2013.

Trailer Park Boys @ Kings Theatre
Canadian mockumentary series Trailer Park Boys is more of a cult hit in the U.S. but their fans are devoted, which may explain what seems like a big venue for the NYC stop on their "Dear Santa" tour.

Martha Davis and The Motels, Eddie Japan @ The Cutting Room
In the early '80s Martha Davis & The Motels were MTV stars with hits like "Only the Lonely" and "Suddenly Last Summer." Catch the current lineup of the band tonight.