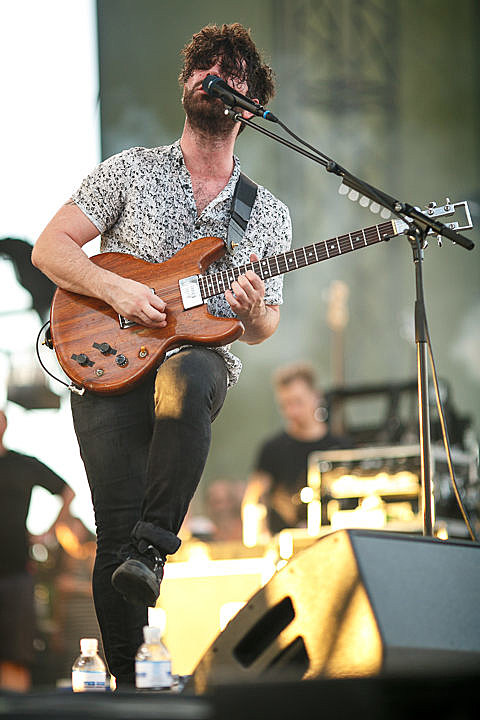 Foals, Circa Waves @ Terminal 5
Though they began as a quirky, twitching post-punk band, UK band Foals have gradually become more atmospheric and anthemic. Frontman Yannis Philippakis remains a wildman on stage, though.

Joey Bada$$, CJ Fly, Kirk Knight & Nyck Caution @ The Paramount
For those complaining that rap isn't what it used to be, few new school rappers pay homage to the golden era as expertly as Joey Bada$$ does. He's on Long Island tonight and plays NYC on Tuesday.

From Autumn to Ashes, Fashion Week, Primitive Weapons @ Saint Vitus
Long Island post-hardcore band From Autumn to Ashes got back together earlier this year, and basically picked up where they left off in '07. Though that also means their original lead vocalist is still gone (drummer/clean singer Francis Mark took over on lead) which may disappoint some older fans.

Squeeze (acoustic) @ Playstation Theater
One of the best songwriting teams of the last 40 years, Squeeze frontmen Chris Difford and Glen Tilbrook will mix favorites from throughout their career with stories about the songs.

Pepperoni, King Missle, Rachel Trachtenberg, The Icebergs @ Shea Stadium
NYC vets King Missile, fronted by the funny and abstract John S. Hall, come out of hibernation every once and while and are always worth catching.

deadmau5, Pusha T, Justine Skye, The Cold Seas, Slonk Donkerson @ Barclays Center
This is opening night of the new TIDAL Theater at Barclays Center (aka Barclays with part of it curtained off), and while there might be more miss than hit on this lineup, it's a chance to see Pusha T who's great new album just came out today.

Pete Tong, Chris Malinchak, Golf Clap @ Output
England's Pete Tong has been DJing since the early '80s (for the BBC and elsewhere). Tonight he teams up with a much newer (and very promising) artist, Chris Malinchak.

HR (Bad Brains) & Dub Agents, MC Jamalski, Skarroñeros, Banddroidz @ Bowery Electric
While we wish HR was still playing in Bad Brains, any chance to see him is still one worth taking. Tonight he plays with his dub/reggae band Dub Agents.