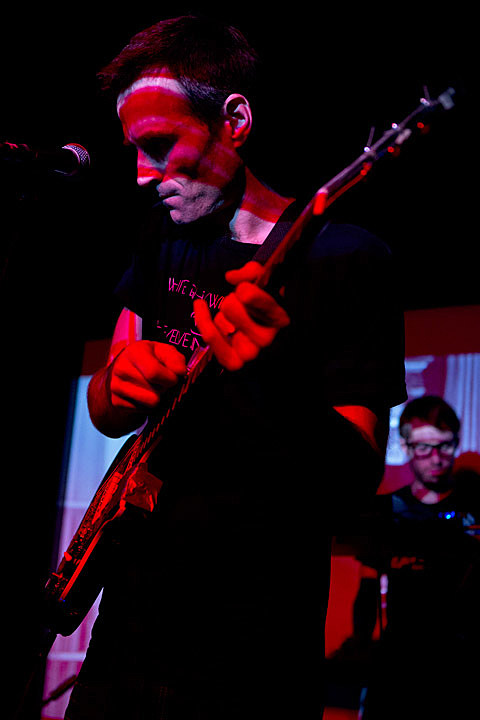 Royal Trux, Blues Control, IUD, Lexie Mountain Boys @ Webster Hall
As Royal Trux, Neil Hagerty and Jennifer Herrema made music that sounded like the rock n' roll equivilent of the final hour of a three-day very hedonistic party. After a decade apart, they're playing shows again and this is their first NYC show in a long time.

Moneen, Moving Mountains, Prawn @ Music Hall of Williamsburg
Canadian post-hardcore band Moneen haven't played the US in five years and New York post-rock band Moving Mountains haven't played anywhere in two. Ahead of the show, Mov Mou released a split with Moneen covering each other's songs and one with Prawn with new material, so needless to say it's a tightly knit bill.

The Dickies, Night Birds, Fat Heaven @ Bowery Electric
Punk rock royalty The Dickies are still at it, and they make a much welcome return to NYC tonight. The great newer band Night Birds are absolutely not to miss.

CJ Ramone @ Grand Victory
CJ was a Ramone from 1989 to 1996, and now he's a Fat Wreck Chords-signed solo artist with material that's not too far removed from his old band (it was also recorded with Adolescents and Social Distortion members). He'll probably play some of that tonight, and some Ramones stuff too.

East Coast Greenway Holiday Party feat. Corporal @ Baby's All Right
When Michael Shannon isn't playing creepy loners on TV (Boardwalk Empire) or movies he fronts Corporal, an indie rock band who've been at it since the early '00s. If you dig Pavement and the like, you'll dig Corporal. Tonight is a benefit for the East Coast Greenway, "the nation's most ambitious long-distance urban trail."

Snowmine, Salt Cathedral, Bellows @ Rough Trade
It has been a while since Brooklyn's ethereal/anthemic Snowmine have played, so tonight should be a good chance to catch up.

Matmos, Chuck Bettis @ The Stone
Baltimore experimental electronic duo Matmos will soon release an album where every sound was made with a washing machine. Tonight, though they'll be collaborating with Chuck Bettis as part of his residency at The Stone.

Taking Back Sunday, Frank Iero and The Cellabration, The Superweaks @ Starland Ballroom
It's been a while since Taking Back Sunday made a great record, but their debut lives up and the lineup that recorded it is the one they're playing with these days. This is night two of two of their annual NJ holiday shows.

The Slackers, The Pietasters, The Snails, Sammy Kay and the Fast Four @ Irving Plaza
NYC's The Slackers and DC's The Pietasters have both been staples of ska since the early '90s, and they've basically never slowed down. Tonight you can get your fix of both.

The Yule Ball feat. Harry and the Potters, The Potter Puppet Pals, Draco and the Malfoys, Tonks and the Aurors, Ashley Hamel @ Bell House
If your two favorite things are Christmas and Harry Potter, you are probably already waiting in line to get into this show.