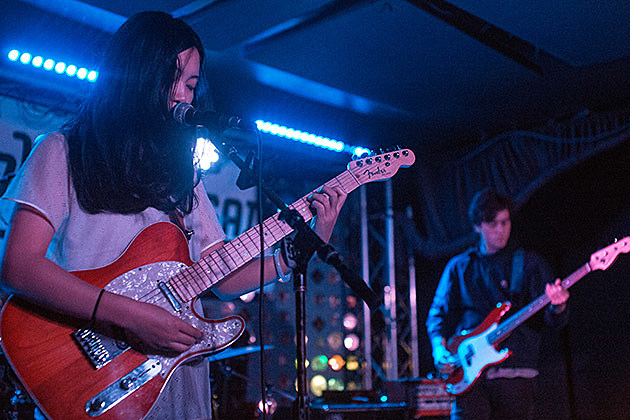 Eskimeaux, Foozle, Lilac Daze, Real Life Buildings @ Aviv
Eskimeaux is Gabrielle Smith of The Epoch, Frankie Cosmos' band, and the local DIY scene in general, and she made one of that scene's standout albums with this year's O.K..

Invisible Familiars @ Ace Hotel
New York singer songwriter Jared Samuel, who has played with Martha Wainwright, Sharon Jones, Cibo Matto and Ghost of a Saber Tooth Tiger to name a few, makes his own quirky, poppy and danceable music as Invisible Familiars. This is the final show of his December residency at Ace Hotel.

The Starting Line, The Movielife, Somos @ Starland Ballroom
Early 2000s pop punk band The Starting Line just put out their first new music since 2007 and play their only show of 2015 tonight. If you're going, the openers are especially worth catching. It's another reunion gig for melodic hardcore band The Movielife, and promising up-and-comers Somos kick off the show.