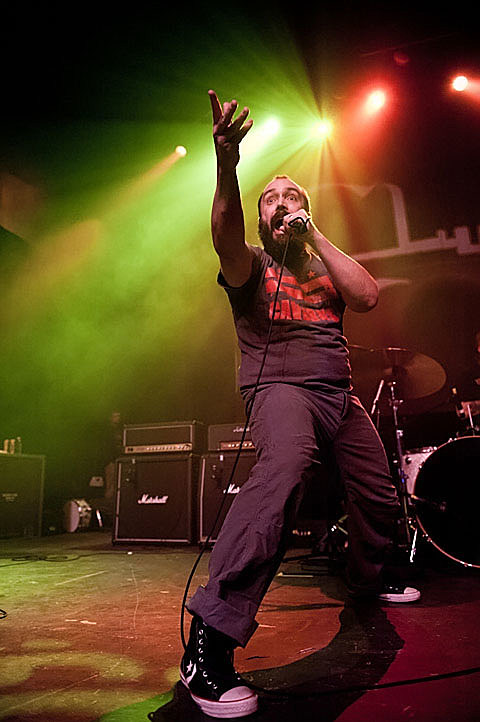 Clutch, Crobot, Valkyrie @ Terminal 5
Clutch released the excellent Psychic Warfare earlier this year. The presence of like-minded riff-rockers Valkyrie (featuring members of Baroness and Crobot) make this a go-to show if you're looking for some head-banging relief from family commitments.

Dan Deacon, Prince Rama @ Brooklyn Bowl
If you're looking for some fun this week, Dan Deacon's crowd-participatory shows are always entertaining. Opening are nu-age Brooklyn duo Prince Rama who are also a whole lot of fun (and about to release a very good new album).

Jazmine Sullivan @ Gramercy Theatre
Jazmine Sullivan had one of the year's finest (if a bit underrated) R&B albums with Reality Show, which has one foot in '60s/'70s soul and another in more contemporary R&B (and features the fantastic, stomping single "Dumb" featuring Meek Mill).

The Loved Ones, Garrett Klahn, Make War, Jackie Thousand @ Saint Vitus
Philly punk faves the Loved Ones have been inactive for years, with frontman Dave Hause focusing on his solo career instead, but they're finally back. They just opened for The Bouncing Souls in NJ, and tonight they make their way to Brooklyn. It's their first of two NYC shows (the other is in February). This one's opened by Texas Is The Reason frontman Garrett Klahn, who has a new solo album coming in a couple weeks.

Sports, Pinegrove, Vagabon, Long Beard @ Baby's All Right
There's been no lack of quality bands combining '90s pop punk with scrappier indie rock lately, and Ohio's Sports are one of the good ones. This whole bill is good, with more straight-up indie rock from Pinegrove and Vagabon, and the slowcore-ish Long Beard.

John Digweed, Naveen G @ Output
John Digweed, once famous for his DJ nights at Twilo with Sasha in the '90s, is still going and hits Brooklyn club Output tonight.