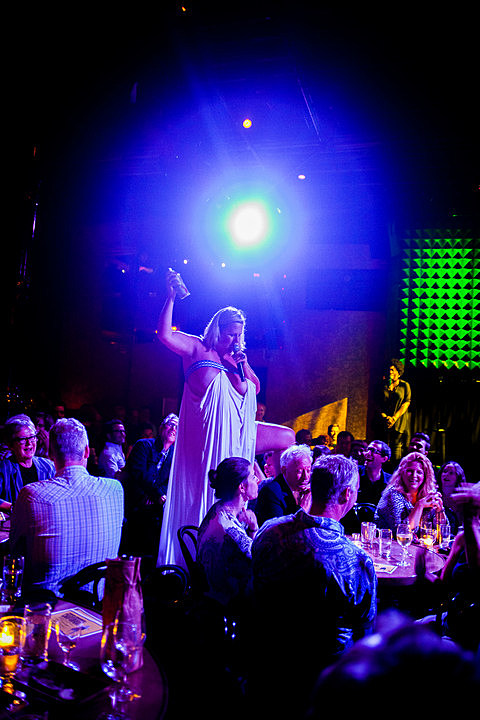 Hinds @ Other Music
Spanish garage rock band Hinds release their debut album this week and celebrate at this in-store tonight. Free, but Other Music is tiny...get there early.

So Hideous, A Film in Color, Nightcrawler, Sonrot @ Saint Vitus
So Hideous returned in 2015 with the very good album Laurestine, which combines atmospheric black metal with serious orchestral arrangements. They're saying this may be their only NYC show of 2016, so catch 'em while you can.

Enforcer, Warbringer, Cauldron, Exmortus, Surgical Strike @ Gramercy Theatre
Sweden's trad-style speed metallers are over on our shores on a co-headlining tour with California thrashers Warbringer. They make their way to NYC tonight.

Ronnie Spector @ City Winery
The onetime Ronette had to postpone her annual holiday shows in December and are being made up now. Her hits (holiday or otherwise) sound great any time of year. UPDATE: Tonight's show was just canceled.

Tim Kuhl's 1982, Aaron Roche, Kyle Forester @ Union Pool
You may know Kyle Forester as keyboardist in Crystal Stilts and The Ladybug Transistor, but he makes music on his own, too, and will release his solo debut in April.