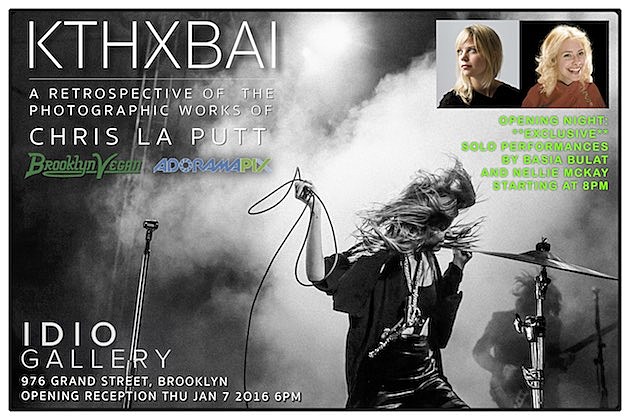 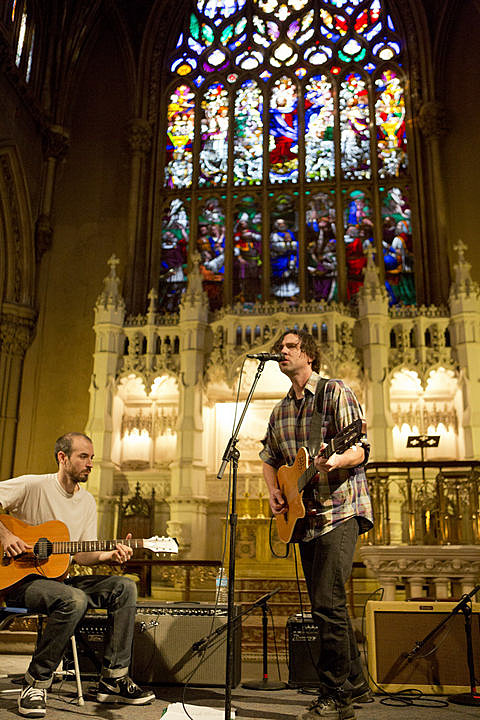 "KTHXBAI: A retrospective of the photographic works of Chris La Putt" @ IDIO Gallery
BV Photo Editor Chris La Putt passed away last year after a long battle with cancer and we are honored to pay tribute to him with this show of his work. Tonight's the opening reception and features special performances by Nellie McKay and Basia Bulat. You can buy prints of Chris' work too, with proceeds going to CancerCare. The event starts at 8 PM, it's a small place so be advised to arrive early. But hope to see you there.

Cass McCombs, Soldiers of Fortune @ Bowery Ballroom
The very talented and prolific Cass McCombs celebrates the release of his new odds-n-sods compilation, A Folk Set Apart: Rarities, B-Sides & Space Junk, Etc, tonight. It's going to be a special show, with lots of guests, and help from openers Soldiers of Fortune. Should be fun.

Balance and Composure, Roger Harvy @ Saint Vitus
PA alt-rock/post-hardcore band Balance & Composure had been quiet for a while, but they recently played an intimate Brooklyn show and said new music is on the way. This week they play two more small gigs in BK, and both are opened by the indie folk-ish Roger Harvey. This is the second

Pinegrove, Vundabar, Washer, Paper Streets @ Shea Stadium
Recent signees to Run For Cover, Pinegrove make scrappy indie rock and their new album Cardinal (due out 2/12) is one to look forward to. Stream their newest single, "Old Friends," below.

Joy Again, ROMP, Dark Tones, Glueboy @ Palisades
This show is headlined by lo-fi pop rockers Joy Again (who are managed by Shamir), and if you're going it's also worth catching the crunchy indie-punks ROMP.