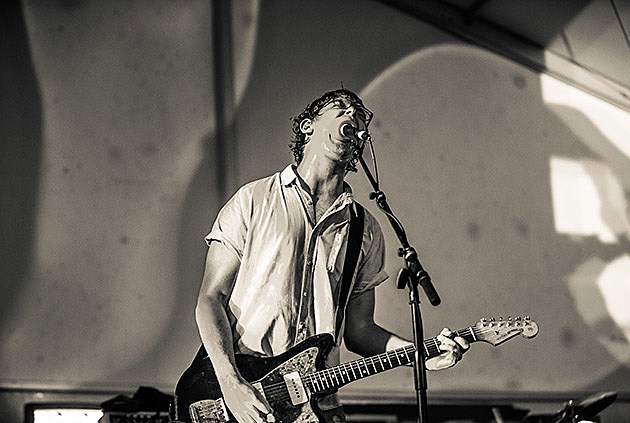 Ratatat @ Hammerstein Ballroom
Ratatat figured out their sound early on -- stadium-sized instrumental dancerock with a big dose of glam guitars and twin leads -- and have stuck with it over the course of five albums, including last year's Magnifique.

Creepoid, Future Punx, Bambara, Tempers @ Trans Pecos
Philly's shoegazers Creepoid always build a huge wall of sound at their shows, and tonight's is sure to be no exception. Good bill all around, with new wavers Future Punx, the loud-as-hell Bambara, and the gothy Tempers.

Pill, Guardian Alien, Parlor Walls, Martin Bisi, Arian Shaifee @ Aviv
Of the new crop of Brooklyn bands bringing back the sax, Pill are by far the skronkiest and most in-your-face. They headline this rock-solid lineup that includes' Liturgy's Greg Fox in Guardian Alien mode, artist and producer Martin Bisi and more.

Nile, Days of Doom, Khiazma @ Gramercy Theatre
Nile returned in 2015 with the great death metal album What Should Not Be Unearthed, and now they're finally making their way to NYC in support of it.

Eddi Front, Caged Animals, Air Waves, Ghastly City Sleep @ Shea Stadium
With a spooky, spare piano style, Eddi Front made her debut in 2012 with a self-titled EP. She's now set to release her debut album, Marina, in March. Get an early taste tonight. This is a solid bill all-around, with the emotive pop of Caged Animals, and the minimal beauty of Air Waves.