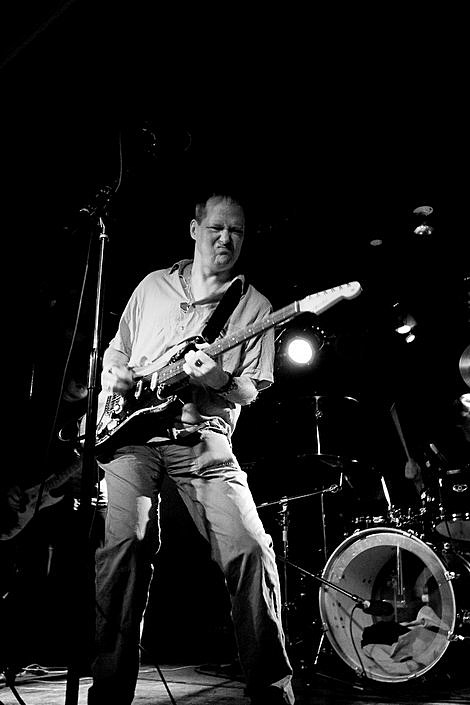 Richard Lloyd (of Television), Steve Conte NYC, Diane & The Gentle Men @ Bowery Electric
The highly unique and still-fresh guitar sounds of Television's debut Marquee Moon wouldn't be the same without original member Richard Lloyd. Unfortunately he's not in the band these days, but he does play on his own and he'll surely play some stuff off that album tonight.

'Metamorphosis' @ House of Vans
This free show (with free drinks and free food) is billed as an "unprecedented one-day art collaboration," and it's set to feature a mix of musicians and dancers with a pretty ambitious visual setup. More info here.

Gladys Knight & The O'Jays @ Beacon Theatre
Both on her own an as a member of the Pips, Gladys Knight put out countless R&B/soul/funk classics from the 1960s onwards. Tonight she sings with fellow soul legends The O'Jays.

Guerilla Toss, Zula, Erica Eso, Wume, Father Finger @ Shea Stadium
Having just signed with DFA (and moved from Boston to NYC) Guerilla Toss party with calamitous percussion, rubbery bass, noises from all directions, and the attitude-heavy vocals of Kassie Carlson. If you're into postpunk like Bow Wow Wow, The Slits and Pigbag (and even some of the earliest DFA singles) you may dig.

JD Samson, Vito & Druzzi (DJs) @ Bell House
It's a dance party that may have you thinking of the early-'00s with Le Tigre's JD Samson and The Rapture's Vito & Druzzi on deck.

Darlene Love @ B.B. King's
Having sung with The Crystals (anonymously) and with many other Phil Spector wall-of-sound groups/productions, Darlene Love is one of the voices behind some of '60s pop's biggest hits. This show is part of the APAP festival/conference.

Bodega Bay, Birds, Violent Video, Big Bliss @ IDIO Gallery
This art gallery has shows occasionally, like the one tonight -- which will be one of your last chances to check out the Chris La Putt retrospective we're presenting.