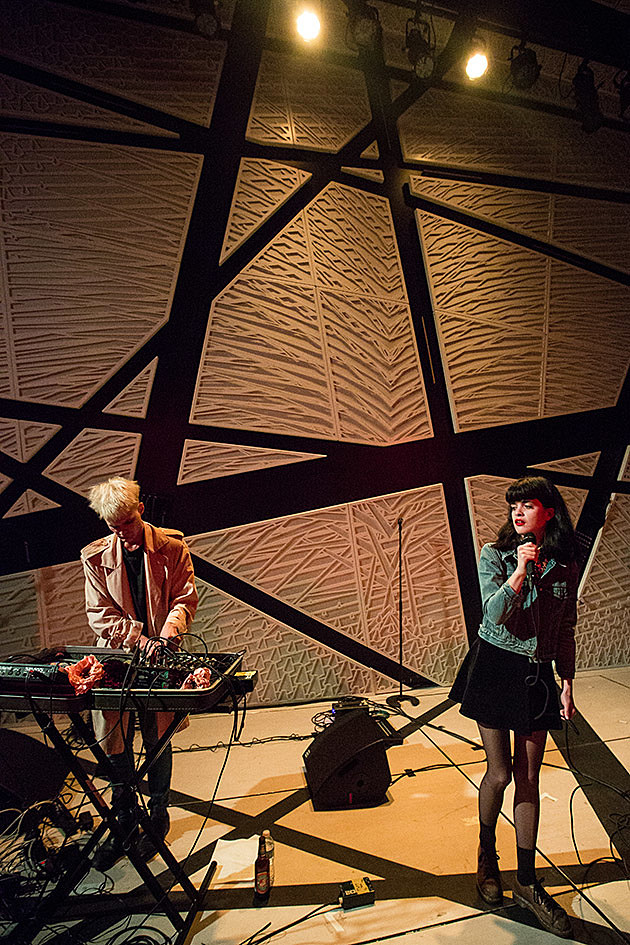 She-Devils @ Baby's All Right
Having just opened last night for Majical Clouds, fellow Montreal duo She-Devils (whose music is sample based, but not exactly dancepop) play their own show tonight. It's billed as "She-Devils and Friends" so who knows who'll show up. It's a free show. In the meantime, head below to check out their brand new video for "Where There's No One" from their debut EP.

Syd Straw @ HiFi
A talented singer-songwriter with deep roots in the NYC scene (she sang on the Golden Palominos' Visions of Excess), Syd Straw is probably best known for her terrific 1989 solo debut, Surprise. She's a great storyteller too, and a chance to see her in a very intimate setting such as this shouldn't be missed.