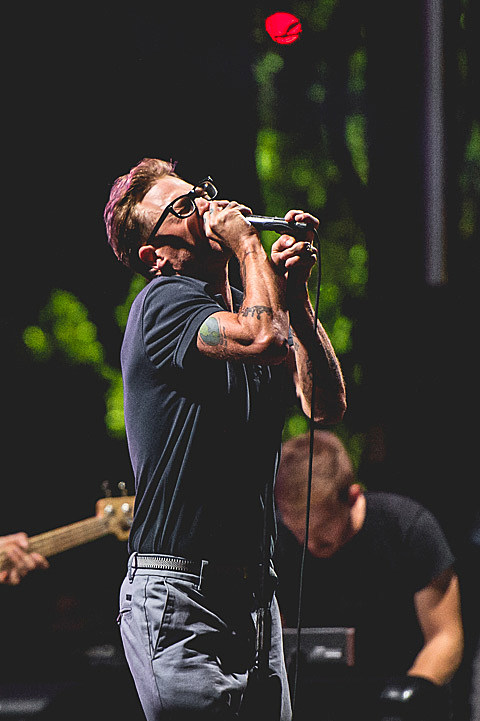 Murder City Devils, Deep Creep @ Webster Hall
Seattle's eccentric garage punks Murder City Devils have been a fully functioning band again for a while now. They've been touring pretty consistently, and 2014 saw the release of their first album since 2001's Thelema EP on Sub Pop. They still rip in a way not quite like anyone else.

VIA APP, Kill Alters, Dreamcrusher, Malory @ Market Hotel
After years of renovation, DIY venue Market Hotel finally reopens this weekend with two celebratory shows. As for the lineup: sez Todd P and the Market Hotel folks, "we've eschewed huge famous "draw" bands (maybe some surprises though) to present to you 4 amazing, varied acts that each represent what we're excited about in NYC -RIGHT NOW." It's $10 at the door.

Waxahatchee (solo set), Trophy Wife, Vagabon @ Silent Barn
Waxahatchee's current band is her best and fullest-sounding one yet, but we've got no complaints about seeing her do a bare-bones solo set again like the old days. This great show also benefits a great cause: Planned Parenthood.

Brendan Kelly (The Lawrence Arms), Derek Grant, Mikey Erg @ Knitting Factory
Three great, constantly-busy punk musicians strip things down for solo sets tonight. Brendan Kelly is best known for fronting The Lawrence Arms (but he also fronts The Falcon and has played in other bands); Derek Grant has been Alkaline Trio's drummer since 2001 and he's also played in The Suicide Machines, The Vandals, Face to Face, The Gaslight Anthem, and more; and Mikey Erg is/was in The Ergs, Worriers, Star Fucking Hipsters, and many more.

Horrendous, Hercyn, Grudges, Sentience @ Saint Vitus
Of all the modern bands putting a new spin on classic death metal, Horrendous are quite possibly the best one around right now. Last year's Anareta was at or near the top of many metal lists in 2015, including some of our own.

Loudon Wainwright III @ The Appel Room
One of the many talented Waintrights, LWIII is thoughtful, funny and a pretty good actor too. He performs tonight Lincoln Center's lovely Appel Room as part of their American Songwriters Series.

SAVAK, Kerbivore, Thermite @ Union Pool
Featuring Sohrab and Greg from Obits, SAVAK made their live debut back in May and pretty much knocked the entire audience for a loop by being so great out of the gate. The band's taught, angular punk is a little weirder than Obits, with shared/traded lead vocals, keyboards and, tonight, skronky sax.

+/- (Plus Minus), Great Lakes, Shannon McArdle @ Rock Shop
NYC indie rockers +/- returned last year with Jumping The Tracks, which was their first since 2008 and sounded great next to their earlier material.

Ramriddlz, Chase B., Chapman, special guest @ Up & Down
Toronto rapper/singer Ramriddlz first picked up buzz for the sorta-jokey viral single "Sweeterman" (that Drake made his own version of), but he's since proven he's no one hit wonder. Tonight's his first of two NYC shows this weekend.

Sarah Silverman @ BAM
This is a makeup show for Sarah's New York Comedy Fest appearance and is billed as "Sarah Silverman and friends." She's got a lot of friends, who might they be in this case?