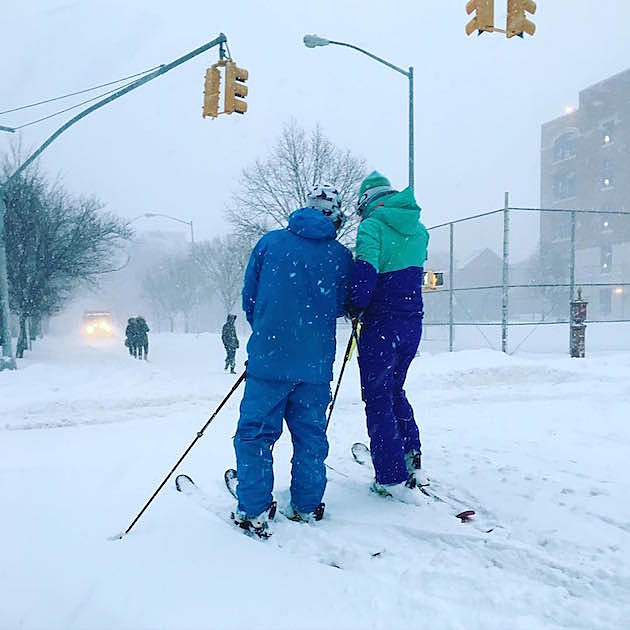 Winter Storm Jonas walloped NYC pretty good. Shows tonight may be canceled. Check out or show cancellation post and call the venue before heading out. You can browse our full NYC show calendar for all of tonight's shows, but here are some highlights...

Bruce Springsteen and The E Street Band @ Madison Square Garden
The Boss is celebrating his classic 1980 double album The River this year by playing the whole thing start to finish. He's promising other favorites too, which he's got plenty of. This is the first of two MSG shows, and he plays Jersey too. UPDATE: Postponed, TBD.

Graveyard, Spiders @ Saint Vitus
Retro riffers Graveyard had to postpone last night's Bowery Ballroom show, and now they're stuck in NYC with tonight's Maine show cancelled too, so they're squeezing in this last-minute gig.

I Am The Avalanche, Timeshares, Make War, Jaguar Shark @ Suburbia
The Movielife's reunion marches on later this year, but meanwhile singer Vinnie Caruana's other band I Am the Avalanche have two sold-out Brooklyn shows this weekend. This is the second, and at this tiny DIY venue it's probably gonna get wild. Also worth catching is Long Island's twangy punks Timeshares. UPDATE: Postponed until next Sunday (1/31). All tickets will be honored. "Please contact suburbia330@gmail.com if you would like a refund or have any other questions."

Psychic TV, Shilpa Ray, Wetware, Voodoo Medicine Man, Collapsing Scenery @ Trans Pecos
Psychic TV are releasing their entire PTV3 catalog of albums and singles digitally through "the usual outlets" on January 22. In celebration, Genesis and the rest of the band have put together this two-night festival of sorts with a wide variety of acts. UPDATE: cancelled.

Milk 'n' Cookies, EZTV, B Boys @ Baby's All Right
Legendary '70s cult "wimp rock" band Milk N Cookies could be seen as the originators of the sound nearly every band on Burger Records is trying to ape. Reissues due on Captured Tracks later this year, and they play tonight with current power-poppers EZTV and Wire-devotees B Boys.

Ramriddlz @ SOB's
Toronto rapper/singer Ramriddlz first picked up buzz for the sorta-jokey viral single "Sweeterman" (that Drake made his own version of), but he's since proven he's no one hit wonder.