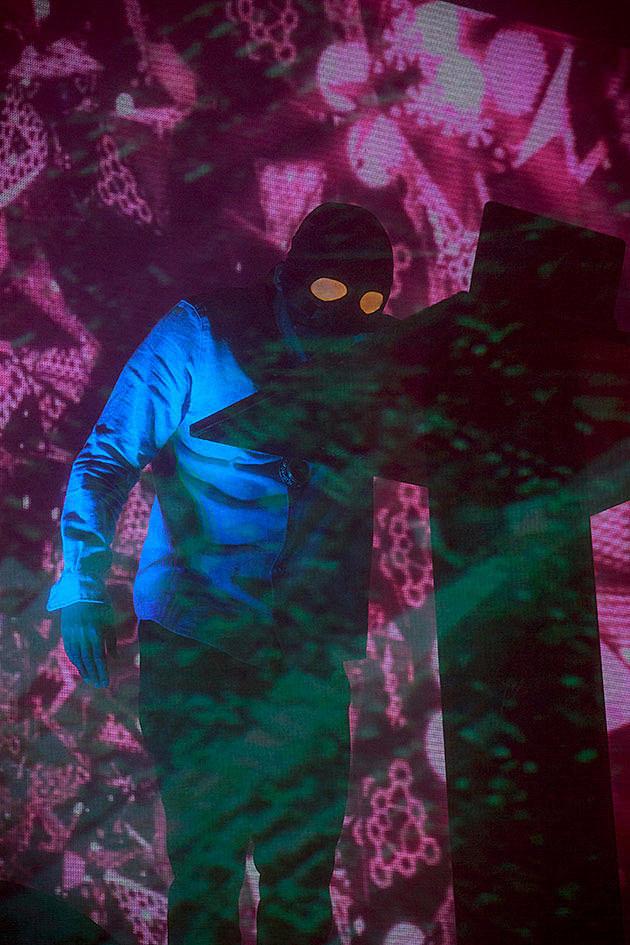 Flying Lotus, Jon Hopkins, The Big P.A. & Spins @ Music Hall of Williamsburg
This sold out, intimate show is a benefit for the David Lynch Foundation and it brings together two of today's best electronic musicians: the jazz/hip hop-leaning Flying Lotus and melodic IDM beatmaker Jon Hopkins.

Mothers, Palm, Banned Books, Jonah Furman @ Palisades
Mothers have earned themselves a few Angel Olsen comparisons, and if you like Angel you're probably gonna dig their upcoming album When You Walk A Long Distance You Are Tired. Tonight's their first of two NYC shows ahead of its release.

Muse @ Prudential Center
Few bands embrace bombast and cheese the way Muse do, a band who have never seen "more" as a four-letter word. (They also seem in on the joke.) If you can embrace the cheese as well, their grand guignol live show can be fun.

Future Punx, Scam Avenue, WALL, Order of Operations @ Shea Stadium
If you like early '80s mutant new wave like Devo, Oingo Boingo and Wall of Voodoo, Future Punx take that aesthetic and refract it through a modern prism. Their debut, This is Post Wave, is a lot of fun. So is their live show.

The Giraffes, Happy Fangs, Gran Puta @ Saint Vitus
Brooklyn riff-rockers The Giraffes broke up in 2011 before reforming last year, and they released new album Usury back in October, which is finally just got a vinyl release. They celebrate it's release tonight.

Man Forever, TIGUE @ Greene Space
The 2016 Ecstatic Music Festival kicks off tonight with this collaborative performance between Man Forever -- percussion project helmed by John Colpitts (aka Kid Millions) -- and avant-pop band Tigue. They'll be premiering new collaborative works for percussion and voice inspired by the 1971 album Moondog II. If you can't make it to the show, it's being webcast live at 7:30 PM.

Cheena, Latisha's Skull Drawing, JJ Doll, Ursula, Haram @ Alphaville
Local punks Cheena have quite the impressive resume. Noise musician Pharmakon is in the band, as are members of Crazy Spirit, Dawn of Humans, L.O.T.I.O.N., and Hank Wood & The Hammerheads. Needless to say, they can rip.

Omar S, Generation Next, John FM, Analog Soul, Turtle Bugg @ Good Room
Deep house musician Omar S made one of the genre's recent standout albums with 2013's Thank You For Letting Me Be Myself. Tonight he returns to NYC to shake the floors of Good Room.

Pictureplane, Psychoegyptian, DJ Dog Dick, Geng, Eaves, Tre Special, See Voux Play, Sess_World, Vitamin Z @ Trans-Pecos
Pictureplane recently wrapped up a tour with HEALTH, and his latest album isn't too far removed from theirs with its industrial-tinged pop. His live sets lately have also been crazier than ever.

50 Cent @ B.B. King's
50 Cent's sadly more well known these days for taking shots at Meek Mill on Instagram than he is for his new music, but there's no denying he was unstoppable for a minute there in the 2000s. And that old stuff lives up great. Tonight's the first of two NYC shows this weekend.

Buster Pointdexter @ Cafe Carlyle
New York Doll singer David Johansen puts back on the tux and his party-friendly Buster Poindexter persona for a night of saucy cabaret at this fancypants supper club.
For all of tonight's shows, and tomorrow's, check out our NYC concert calendar.

Wet, Kelsey Yu @ Rough Trade
If you're going to this sold-out show, do get there in time to see Kelsey Lu, who makes beguiling music with just her voice, a cello and a loop pedal.

Robyn Hitchcock @ Landmark
Robyn Hitchcock is the kind of performer that can entrance with a full band or just an acoustic guitar. Or less. He's always worth seeing and he continues to make great records, too.