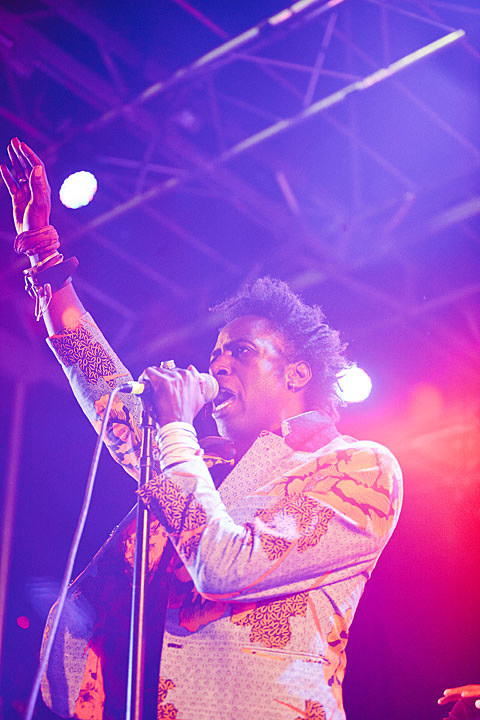 Happy Groundhog Day! You can browse our full NYC show calendar for all of tonight's shows, but here are some highlights...

Saul Williams @ Rough Trade
Saul Williams just released his new album MartyrLoserKing. Produced by the singer of She Wants Revenge, it's got dark, industrial-ish beats that make for a very cool backdrop for Saul's unique spoken/rapped/sung delivery. To get in to tonight's show, you have to buy the new record from the Rough Trade store.

Loren Connors & Tom Carter, JR Bohannon, Heavy Hymns, Yek Koo @ Trans Pecos
Veteran avant-garde musicians Loren Connors (who's played with Thurston Moore, Kath Bloom and more) and Tom Carter (of long-running band) Charalambides team up for another of their duo sets tonight. If you'd like an idea of what to expect, check out this recent live video.

WNYC's Ask Me Another feat. The Duplass Brothers @ Bell House
NPR's gameshow podcast taping tonight has filmmakers Mark and Jay Duplass (who you also may know from being in front of the camera on Transparent and Togetherness). Fun fact: Mark Duplass was one-third of mid-'00s indie rock band Volcano, I'm Still Excited.

Billy Gibbons & the BFGs, Tyler Bryant & The Shakedown @ Gramercy Theatre
ZZ Top's Billy Gibbons expanded upon his blues rock palette with his other band The BFGs whose debut album Perfectamundo has a clanky techno-modernism to it.