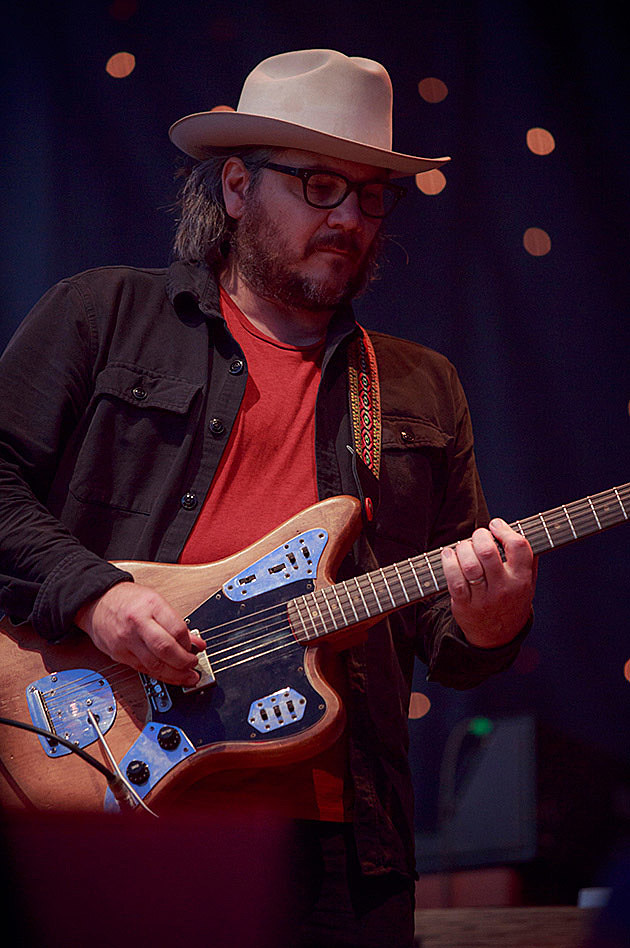 Lupe Fiasco @ B.B. King's
Lupe Fiasco came out of the gate with the very strong Food & Liquor in 2006, but kinda lost it a bit after 2007's The Cool. That was no longer true after last year's Tetsuo & Youth though, his best album in years.

Jamie Woon @ Bowery Ballroom
Before "alt-R&B" really popped off, one of the genre's early key albums was Jamie Woon's 2011 LP Mirrorwriting. We didn't much hear from him after that, but last year he finally released album #2, Making Time. It proves he's still got plenty more to say.

Chumped, Never, Strangerpride @ Suburbia
Chumped were quite possibly the best real-deal pop punk band in Brooklyn during their short run. They're sadly calling it quits, but not before two final shows at DIY spot Suburbia. This is the first.

Banquets, Timeshares, The Holy Mess, Save Ends, Brian Rothenbeck @ Saint Vitus
It's a good (bad?) day for bittersweet punk shows. Jersey City's Banquets are also calling it quits but going out with this last Brooklyn show. Long Island's great Timeshares are worth catching too.

Modeselektor, Benjamin Damage, Shed, Truncate @ Output
The great German electronic duo Modeselektor are about to dedicate their year to the new Moderat album/tour, but first they'll stop by Brooklyn club Output tonight. It's an especially good day to head to Output, because long-running Brooklyn record store Halcyon opens inside the venue today at noon (though the shop closes at 8 PM).

Hints, Terribly Yours, The Ludwigs @ Bowery Electric
Sean Bones has been inactive for a few years, but now he's got a new project called Terribly Yours that pulls from late '70s power pop/new wave. Tonight's the project's debut live show.

Uniform, Dreamcrusher, Horoscope, Wetware, Conduit @ Alphaville
Noise duo Uniform have members of Drunkdriver and The Men, and their highly intense hardcore punk-inspired sets are usually over and done with in a matter of minutes.

Show Me The Body, B L A C K I E, Moor Mother Goddess @ Market Hotel
If you like dark experimental rap, or punk, or those two things coming together, this show is gonna be right up your alley.

DJ Spinna, Rich Medina @ American Museum of Natural History
Brooklyn hip hop vet DJ Spinna headlines this edition of the recurring 'One Step Beyond' party at the Museum of Natural History. In addition to the music, "guests can also take a walk up the Cosmic Pathway to the Hayden Big Bang Theater where acclaimed actor Liam Neeson narrates a dynamic flight through the virtual universe based on an accurate cosmic atlas."

Grant-Lee Phillips, Steve Poltz @ Rockwood Music Hall
Armed with a smoky and soulful voice, Grant-Lee Phillips has been making great records for over 20 years. His new album, The Narrows, is out in March. Maybe he'll reveal whether he's going to return to be the Stars Hollow troubadour for Netflix's new Gilmore Girls movies.

Lianne La Havas @ Rough Trade
Talented UK singer-songwriter Lianne La Havas made a huge splash with her 2012 debut album that went Top 5 in her native country. Her latest album, Blood, is up for a Grammy. Sold out.