photo: Shearwater at LPR in 2012 (more by Amanda Hatfield) 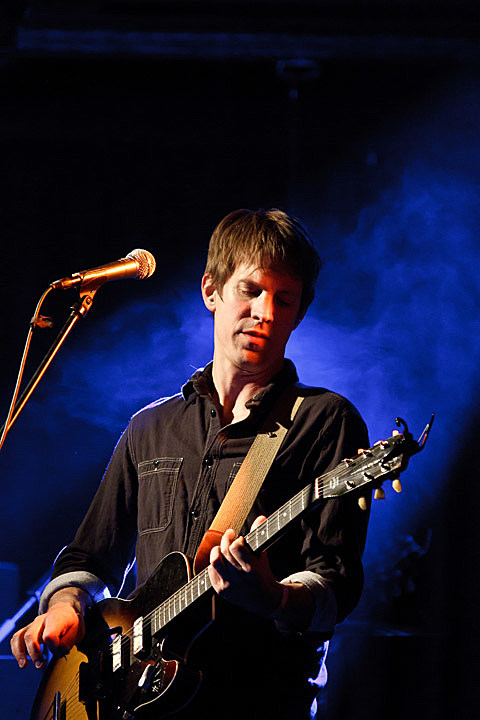 Shearwater, Jib Kidder @ Mercury Lounge
Shearwater's new album Jet Plane and Oxbow is another winner, and it's nothing if not ambitious. Tonight's their first of two NYC shows on this tour, and it's sold out.

Chumped, Jeff Rosenstock, Chris Gethard (as Morrissey), Adult Dude @ Suburbia
Chumped were quite possibly the best real-deal pop punk band in Brooklyn during their short run. They're sadly calling it quits, but not before two final shows at DIY spot Suburbia. This is the second, and there are some pretty amazing openers. Jeff Rosenstock could easily pack this place on his own, an Chris Gethard as Morrissey is sure to be a good time.

Lady Leshurr, Jubilee @ Gramercy Theatre
UK rapper Lady Leshurr picked up a lot of buzz for her addictive single "Queen's Speech Ep. 4," and she's already proven that she has more quality material in her. Tonight's her NYC debut.

Lotus, EL Ten Eleven @ Terminal 5
Lotus have been mixing electronic music and a live jam band approach for years now, and they continue to be staples of that style. Post rockers El Ten Eleven make this a great double bill.

Crazy and the Brains, Brett Davis, High Waisted @ Le Poisson Rouge
Crazy & the Brains mix classic-style punk with xylophone, and it works out really well. Tonight they team up with comedian Brett Davis, who's no stranger to doing standup at punk shows.

Bang On a Can All-Stars @ Merkin Concert Hall
Part of the Ecstatic Music Festival, this is the annual Bang on a Can People's Commissioning Fund Concert on Saturday (4/6) at Merkin Concert Hall, featuring the Bang on a Can All-Stars performing world premieres of new works by Caroline Shaw, Gabriella Smith, Zhang Shouwang & René Lussier, plus Julia Wolfe's Pulitzer Prize-winning / Grammy-nominated "Anthracite Fields."

MOIST PAULA, Dj Record Grouch, Kyp Malone @ Union Pool
This is an "afternoon hang" not unlike Union Pool's Summer Thunder series, with free live music and DJ sets starting at 2 PM, including a set from TV on the Radio's Kyp Malone.

Ronnie Stone and The Lonely Riders, We In Cloudz @ Saint Vitus
How serious you take Ronnie Stone & the Lonely Riders is up to you but his intentionally kitschy, '80s-in-a-blender shtick (somewhere between Bruce Springsteen and Prefab Sprout) is not without craft, even if it is a big joke.

Golden Tears: David Bowie Tribute @ Cake Shop
Celebrate the life and music of the late David bowie with this "million-band tribute" (actually more like 20), including Sam Kogon, My Teenage Stride, Space Merchants, Fly Ashtray, and more. The fun starts at 7 PM and it's FREE.

AraabMuzik, Nadus @ Slake
AraabMuzik has been prolific for years now, making beats for rappers and putting out his own quality material too. Tonight he'll get the dancefloor moving at Slake.