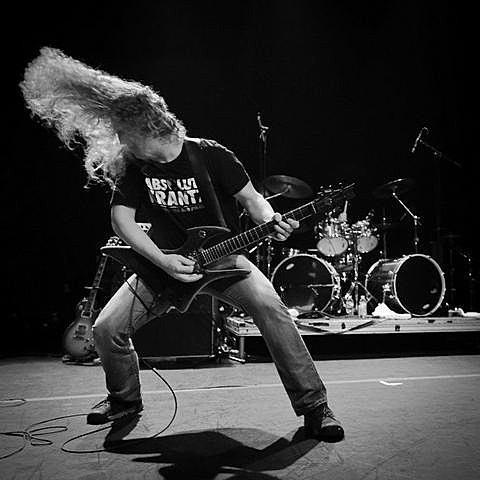 Super Bowl 50
There's a very good chance that, like most of the country, you won't be seeing a show tonight at all and you'll instead be watching the Super Bowl. From a musical point of view, the halftime show has Coldplay and they're set to be joined be Beyonce, Bruno Mars, and possibly Rihanna and Justin Timberlake. Lady Gaga is also singing The National Anthem. Plus, we can count on something musical going down in the commercials.

Voivod, Vektor, Extinction A.D., Eight Bells @ Gramercy Theatre
If you are seeing a show tonight, it's hard to go wrong with this one. Voivoid have been crafting a weird mix of progressive rock and thrash metal since the '80s and there's still no one quite like them. Both openers are solid too.

Ed Askew Band (w/ Jonah Smith) @ Pete's Candy Store
Ed Askew made one of the finest cult folk records of the '60s with Ask the Unicorn. He was gone for a while, but lucky for us he's currently very active as a performer and recording artist.

Ronald Paris (of Porches), Harmony Tividad (of Girlpool), Sitcom, True Blue @ Silent Barn
While Porches are now playing bigger venues than ever, main member Aaron Maine (aka Ronald Paris) still gives you a chance to see him play intimate spots like this one. Making this a good double bill is Harmony Tividad, one half of Girlpool.