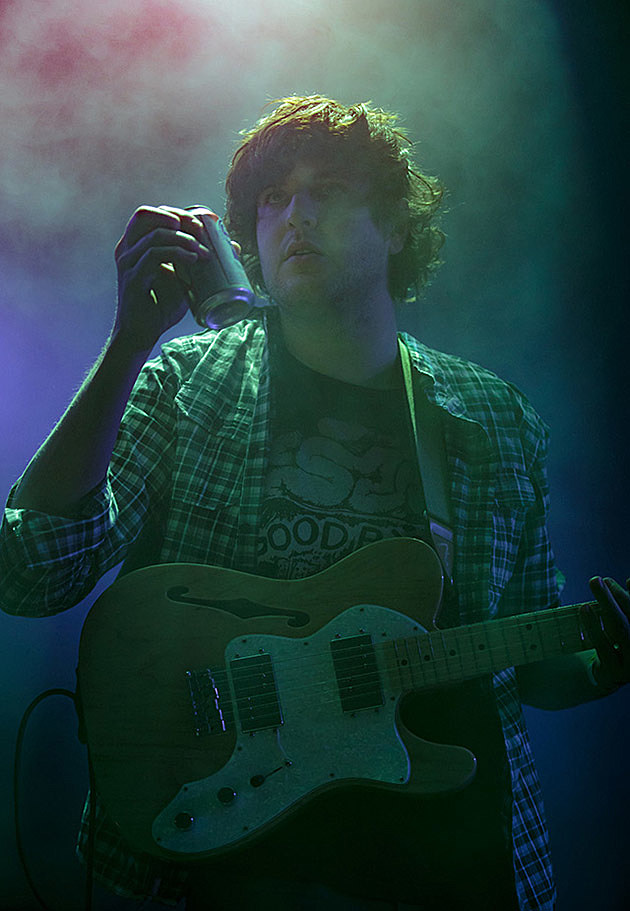 Martin Courtney, EZTV @ Baby's All Right
Martin Courtney's solo debut, Many Moons, isn't all that different from what he does in Real Estate, but his strapping on the acoustic -- plus nice use of mellotron -- give the record a lovely, light touch. His band, which includes Woods' Jarvis Taveniere, are great. Opening tonight are EZTV who have Nic Hessler playing guitar with them and they're going to let him sing a few songs too.

Screaming Females, Long Beard @ Monty Hall
NJ shredders Screaming Females always put on a killer show and they change it up a lot too. Tonight's their second of two shows at home state venue Monty Hall. Both sold out.

Bettye LaVette @ Iridium
Soul veteran Bettye LaVette returned last year with her new album Worthy, which was nominated for the Best Blues Album Grammy. We'll find out if she wins on Monday, but meanwhile she plays Iridum tonight and tomorrow.

The Soft Moon, Container, Uniform, Carson Cox (as Video Blue) @ Market Hotel
San Francisco's The Soft Moon switched things up a little on their latest album, putting more of a focus on songs than sounds and mood. It's more odd than anything they've done before, all of which is a good thing. One thing that hasn't changed is the intensity (and volume) of The Soft Moon's live show. First of three NYC shows for the band. Sold out.

Ronnie Stone, Slime Boize, Bueno, Operator, Edith Pop @ Shea Stadium
How serious you take Ronnie Stone is up to you but his intentionally kitschy, '80s-in-a-blender shtick (somewhere between Bruce Springsteen and Prefab Sprout) is not without craft, even if it is a big joke.

Toilet Boys, The Sweet Things, Battletorn @ Saint Vitus (two shows)
NYC rockers Toilet Boys have been going at it since the '90s (with a couple hiatuses in there), led by NYC club fixture Miss Guy, who's collaborated with Blondie and others. they play an 8 PM and a midnight show tonight. The early show is sold out.

Eric D Johnson, Kevin Morby & Sam Cohen @ The Box
Fruit Bats main member Eric D Johnson, Kevin Morby and Sam Cohen are teaming up tonight for a collaborative show. The description reads, "Sam, Eric and Kevin will accompany one another on new arrangements of their songs. They will also each cover one song by their fellow performers. It promises to be different take on the songs spanning their careers."

Blue Oyster Cult @ BB King's
It's the 40th anniversary of "Don't Fear the Reaper," and Blue Oyster Cult are celebrating that with a residency at BB King's. Aside from hits like that one (and "Burnin' For You" and "Godzilla"), BOC had influential proto-metal albums like 1973's Tyranny and Mutation, which they still play songs from today.