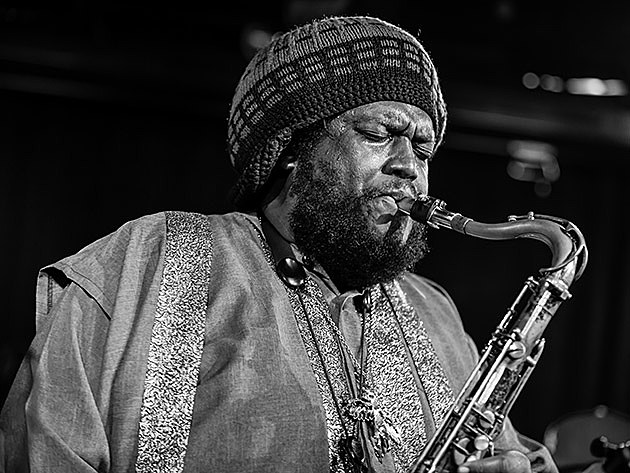 Animal Collective, Ratking @ Irving Plaza
Animal Collective just released their new album, Painting With, which has all the weirdo hooks you expect from them, and it's more cohesive than their last record too. Tonight they wrap up a sold-out BrooklynVegan-presented two night stand at Irving Plaza with local rap staples Ratking.

Morgan Heritage, Blackalicious, DJ Jah Culture @ BB King's
Most exciting to us is that indie rap greats Blackalicious are back in town after releasing Imani Vol. 1, their first new album in a decade, last year. Headlining though, is Morgan Heritage who just won Best Reggae Album at the Grammys last week.

Emmy the Great, Stranger Cat @ Baby's All Right
Emmy the Great recently transitioned from her folky roots into something closer to synthpop. Making this a very well-matched double bill is Stranger Cat, the electronic pop project of Cat Martino. Emmy the Great plays Baby's again on Friday too.

Freedy Johnston @ Rockwood Music Hall
Singer-songwriter Freedy Johnston has been part of the Hoboken/NYC scene for just about 30 years and his low key (if somewhat caustic) style gets better with age.

Coolio @ Hill Country Brooklyn
If a BBQ joint that usually books country, bluegrass and blues seems like an odd place to see rapper Coolio, well know that the man behind "Gangsta's Paradise" is also a good cook and is the guest pitmaster tonight. He'll share his recipe for Texas Red chili and participate in a Q&A.