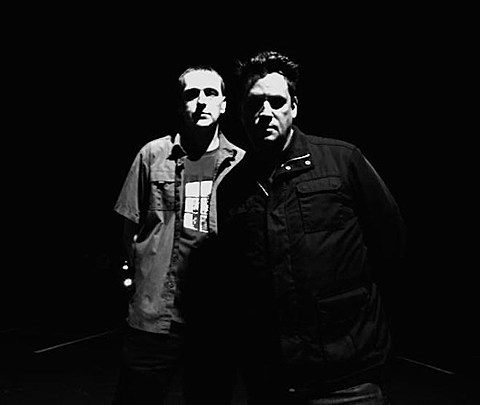 Jesu + Sun Kil Moon, Wilsen @ Music Hall of Williamsburg
Jesu and Sun Kil Moon just released a collaborative album, and the best parts of both projects shine. There's some of Jesu's sludgey atmosphere, some of Sun Kil Moon's highly specific lyrics, and more. They'll be backed by Sonic Youth's Steve Shelley on drums, so there's gonna be a serious amount of talent on stage tonight.

Jason Isbell @ Beacon Theater
Jason Isbell just picked up two Grammys -- Best Roots Song for "24 Frames" and Americana Album of the Year for Something More Than Free -- and plays this sold-out show tonight.

UXO, Primitive Weapons, The Austerity Program @ Saint Vitus
UXO is a new collaborative project from Unsane frontman Chris Spencer and Today is the Day frontman Steve Austin, and if you like either of their main bands, UXO will be right up your alley. Very well-matched openers tonight too.

Iron Chic, Worriers, Soda Bomb, Couple Hundo @ Aviv
Long Island punk staples Iron Chic just signed to SideOneDummy, and they're promising to release a new album in the fall. In the meantime, party to some old favorites (and maybe a new one or two?) tonight. It's equally worth catching Worriers too.

The Soul Rebels, Talib Kweli, Buckshot, Smif N Wessun, Kirk Knight @ Brooklyn Bowl
New Orleans brass band The Soul Rebels are on night two of their three-night run at Brooklyn Bowl tonight with different (and exciting) guests each night. Tonight they've got three of the best names in '90s New York rap, and Kirk Knight of Pro Era, a newer local group who does the '90s a lot of jusice.

The Mystery Lights, Roya, The Britanys, Breanna Barbara @ Berlin
A very solid night of garage psych headlined by The Mystery Lights, maybe the best band in the city making this kind of music, and Roya (featuing Rahill of Habibi, The Clean's Hamish Kilgour and Jay from Grooms). Berlin is a good place to see stuff like this, too.

Seu Jorge @ Blue Note
Best known here in America for acting in City of God and The Life Aquatic With Steve Zissou (which he scored using only acoustic, Portuguese-language David Bowie covers), but Brazilian artist Seu Jorge has been making music since the '90s. This is part of his 10-night run at the Blue Note.

The B-52s @ The Space at Westbury
New wave vets The B-52s are still going strong, and stay very active on the road. Their current tour doesn't hit NYC, but it'll be nearby for shows on Long Island tonight and Port Chester tomorrow.