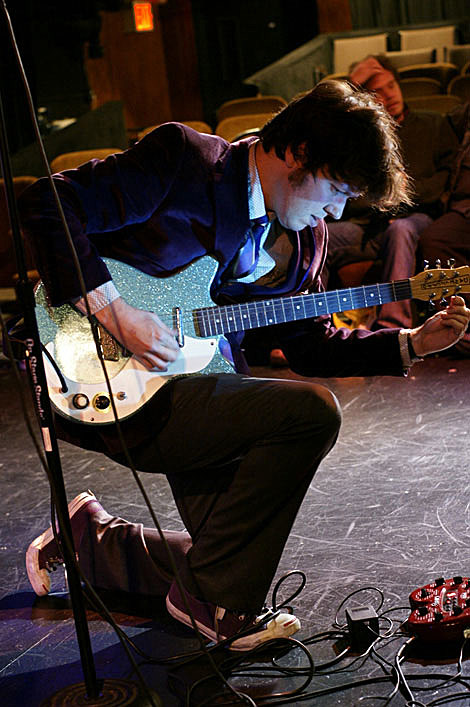 Just a quick reminder that my seriously good rock band Valley Lodge will be breaking out the hits at Bar 9 (807 9th Avenue between 53rd and 54th Streets in scenic Hell's Kitchen) at 8:30pm TONIGHT. The great Mad Larry (ex-Bogmen guys) will be rocking right after us. Don't miss this rare opportunity to see us play in a venue that serves nachos and other reasonably priced, cheese-themed snacks. It's wet outside, but the Valley Lodge rock will make you even wetter. Wait, that's gross. Sorry. Anyway, come tonight and we'll talk it out after the show. We will playing all the old hits plus some of the new hits from our forthcoming, obscure second album and also our current Japanese debut (currently available with exciting new artwork and some Japanese writing and stuff right here:

I'm not saying you should buy our Japanese album (though you are welcome to), but I would like to point out how we totally have a half-naked chick on the cover and there's nothing my parents can do about it.

* "Tonight, October 29 at 9:30 PM (9:00 doors), Corey Dargel and the dynamic young chamber group, NOW Ensemble, will come together for a special New York record release event at Le Poisson Rouge. NOW Ensemble will join Corey to play special live arrangements of his album tracks, along with accordionist/vocalist Kamala Sankaram. NOW will also play a set of their own, with music by Patrick Burke, Mark Dancigers, and Judd Greenstein."

A video of Goldfrapp performing "Clowns" on TV below...