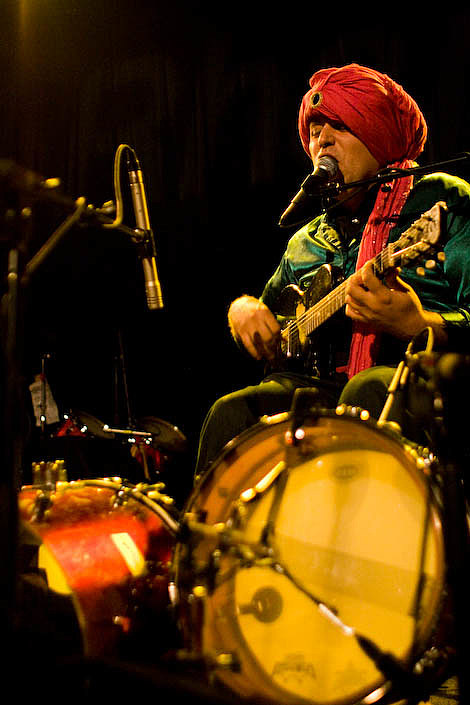 What do you think of Fishbone in 2008? They play Knitting Factory tonight.

King Khan is also at Bowery Ballroom on Sunday. That show is with Vivian Girls.

"I feel like I invite music into my life rather than solicit it. I like peppering my career with very successful music as opposed to going out in a very highly competitive field and missing a lot to get the occasional hit. I have the luxury of doing that because film is my primary career." - says John Travolta on singing in Bolt.

The Real Estate show tonight at Cake Shop is a free late show after the 4-band bill Devon Williams is playing.

Todd P isn't currently listing any shows, but says, "...a bit of a quiet spell for me. Don't worry though, there are a whole lot of secret(ish) shows in the works, plus some much much bigger plans still in the early but very time consuming stages..."

The Christmas tree lighting @ South Street Seaport is today. The Big Apple Chorus will be there today and every weekend until Christmas. Ice skating and other (more fun) live music is coming to the Seaport soon too. Rockefeller Center's tree gets lit on December 3rd.

Video of Reverend Billy preaching in Union Square on Buy Nothing Day (Black Friday) (yesterday) below...